After months of ads, slogans, signs, debates and campaigning, Election Day is here.

We'll keep you updated on the races and the results throughout the day and this evening. But we'll also be tracking a series of story lines in New York. Here are some of the things to keep an eye on tonight: 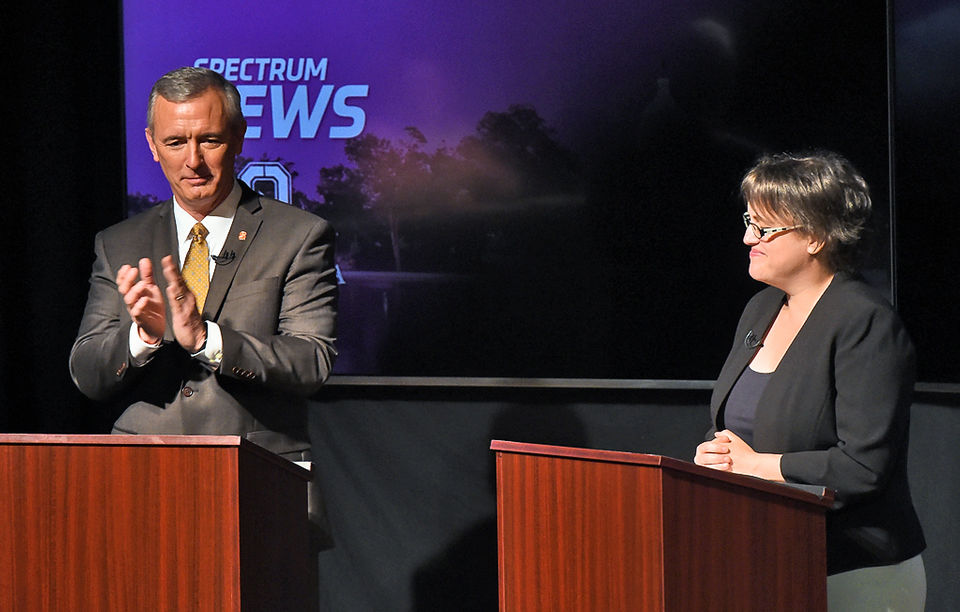 Michael Greenlar | mgreenlar@syracuse.com
Does Trump tip the scales in CNY?

He's not on the ballot, but President Donald Trump's influence continues to be a polarizing issue in midterm elections. How will that influence elections in Upstate?

U.S. Rep. Claudia Tenney, who represents the 22nd District, has doubled down on her partnership with the president. This year, Trump and three of his children have visited the Utica area to campaign for the first-term Republican Congresswoman.

John Katko, meanwhile, is trying to reassure voters in the 24th District that he isn't a rubber stamp for the leader of his Republican Party.

"I'm not President Trump," Katko said at a recent debate.

Those varying approaches align with the president's popularity in each district. The 22nd District voted for Trump by 16 points in 2016, and he still polls favorably there.

In the 24th District, where Democrats have a voter advantage, Trump is less popular. The area voted for Hillary Clinton two years ago.

Katko's challenger, Democrat Dana Balter got her start in public life as a leader with the CNY Solidarity Coalition -- a group of activists organized against many Republican policies. The group frequently targets the president.

Anthony Brindisi, who is challenging Tenney, has largely avoided harsh criticism of the president. He's focused instead on Tenney's record and healthcare.

National Democrats are targeting both districts as potential places to pick up a seat. Tuesday will show how the varying approaches toward Trump play out. 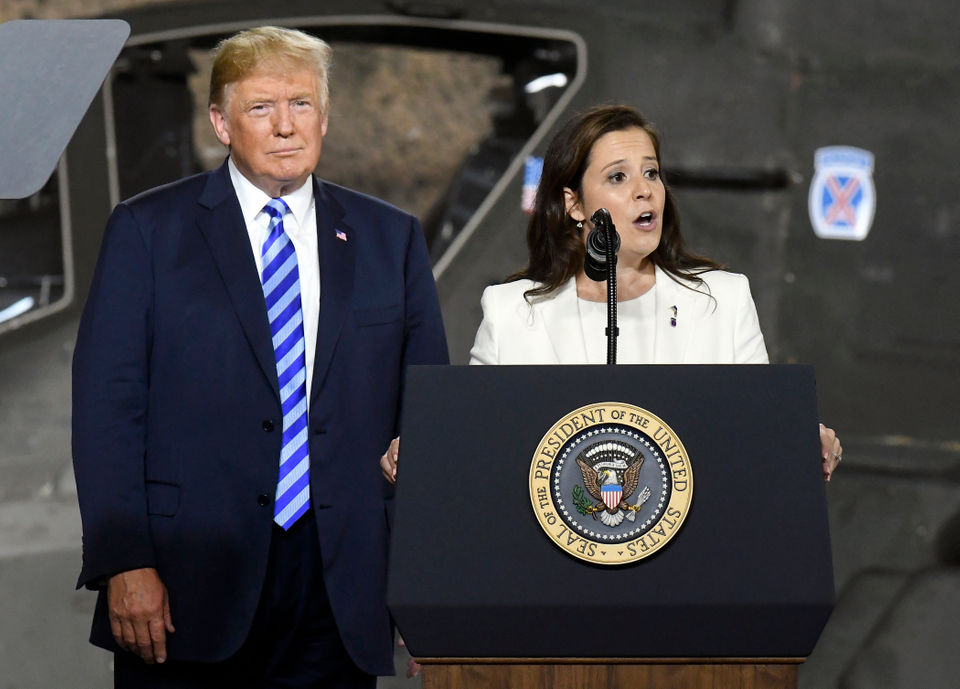 Tight races are unfolding in a handful of districts beyond Central New York, where Republicans who support Trump are seeking to fend off strong challenges.

In the Hudson Valley, a race between incumbent Republican John Faso and Democratic challenger Antonio Delgado is a dead heat.

Faso defeated Democrat Zephyr Teachout in the 19th Congressional District there in 2016.

In the North Country's 21st District, Democrat Tedra Cobb is pushing to unseat Republican Elise Stefanik in a heavily Republican area. Trump visited the area earlier this year and stumped for Stefanik.

Suffolk County's Lee Zeldin is in a closer-than-expected race on Long Island against Democrat Perry Gershon. The Democratic Congressional Campaign Committee identified the 1st District seat as one of its top priorities this year in its ongoing effort to flip the House. 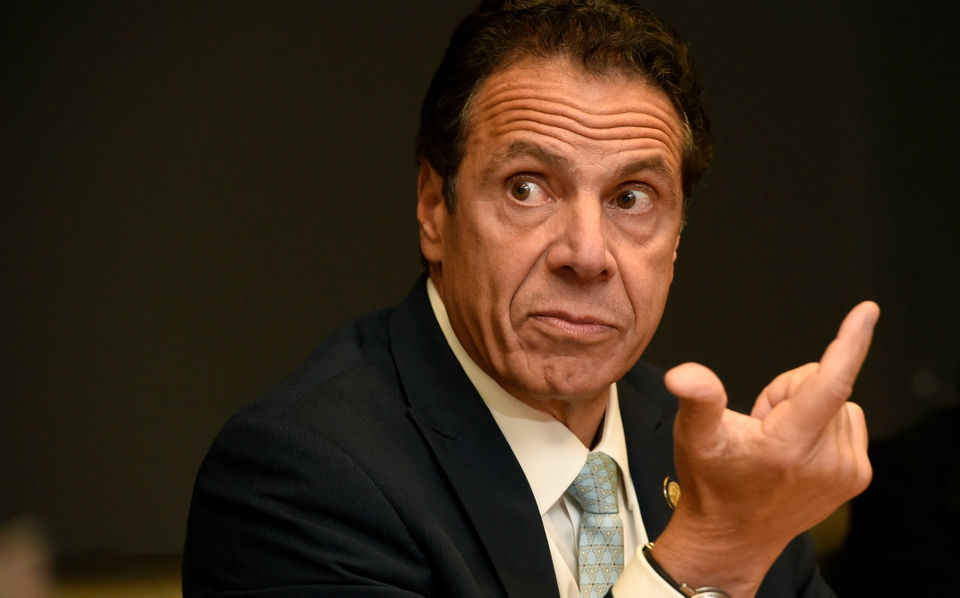 Despite national rumblings of a "blue wave," the New York governor's race is closer than initially anticipated. Republican Marc Molinaro has taken a huge bite out of incumbent Democratic Gov. Andrew Cuomo's lead in recent weeks.

According to a recent Siena College poll, the governor's unpopularity in New York is higher than it's ever been. He still seems likely to win the state on Tuesday, due to his overwhelming support in New York City. But Upstate New Yorkers and independents generally prefer Molinaro.

Cuomo's performance Tuesday in upstate will signal how voters here have reacted to a corruption scandal that rocked his administration this year and his controversial economic development programs that pit one region against another. 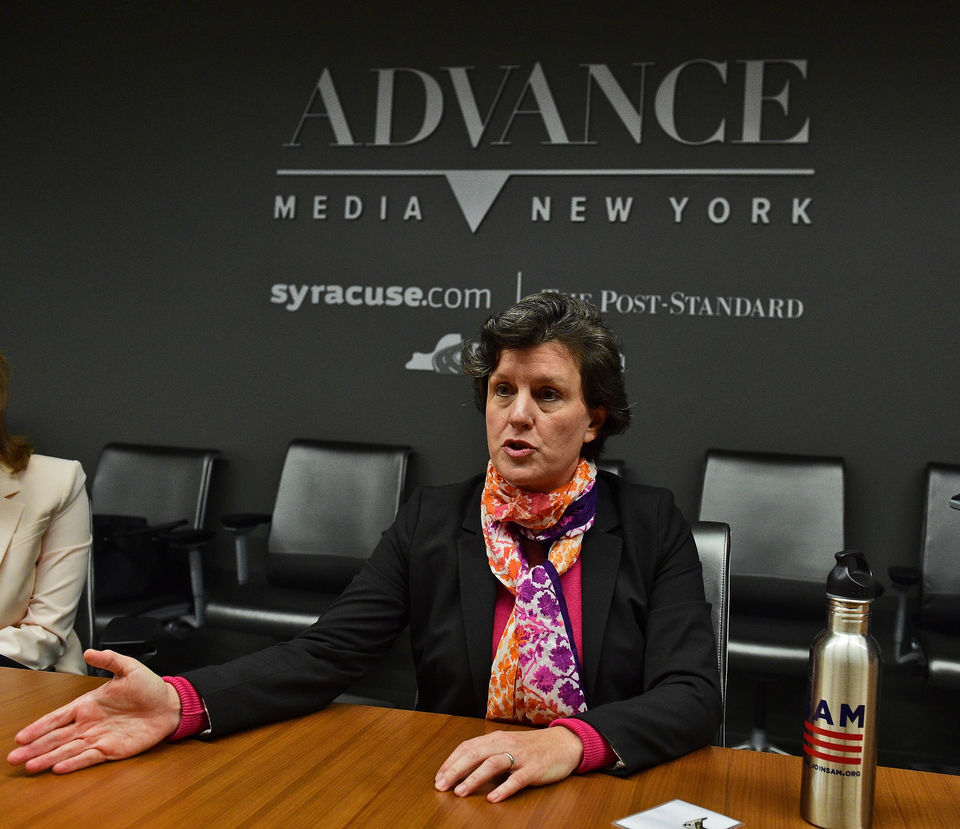 In order to get SAM a ballot line for the next four years, Miner will need to collect 50,000 votes statewide. It's a relatively small number in a state where 3.8 million people voted in 2014. But as the gap narrows between the Republican and Democratic candidates, voters may be less inclined to vote for third party options. 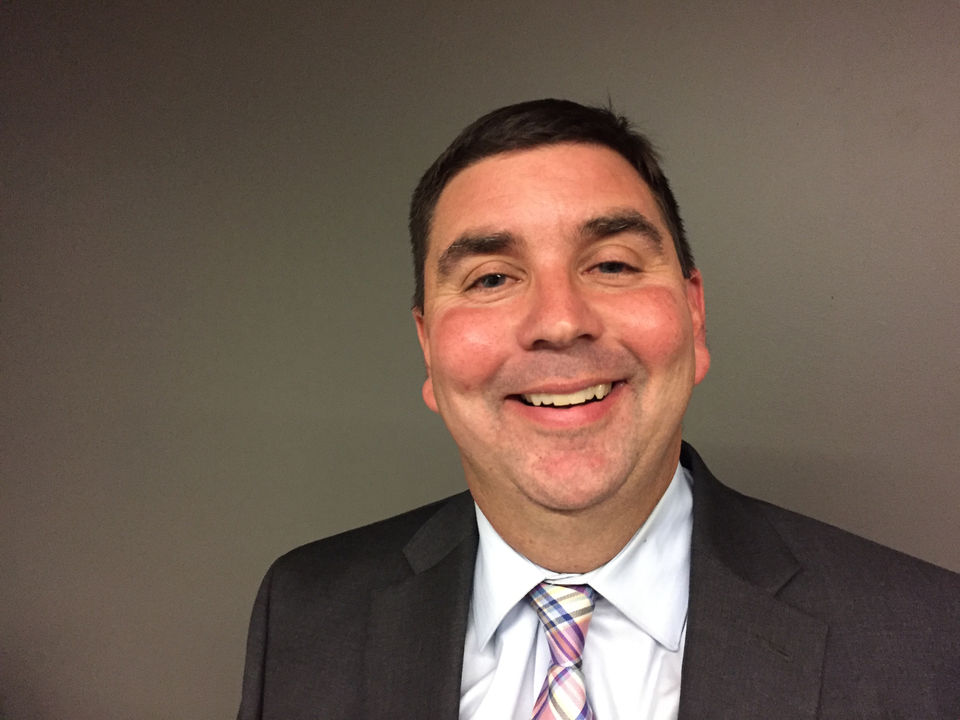 Democrats and Republicans are fighting for control of the state Senate.

Despite New York's reputation as a deep blue state, Republicans have controlled the state Senate for decades. Now, that control is wavering, and will rely on a handful of races, including one in Central New York.

The 50th District race between Republican Bob Antonacci and Democrat John Mannion has been flagged as critical to both parties to controlling the Senate, which could hinge on a single seat. More than $3 million has been spent in the race.

If Democrats win control of the Senate, and Cuomo is reelected, that party will control all branches of state government. That could have lasting impacts on the future of tax policy, health care, marijuana legalization and other issues. 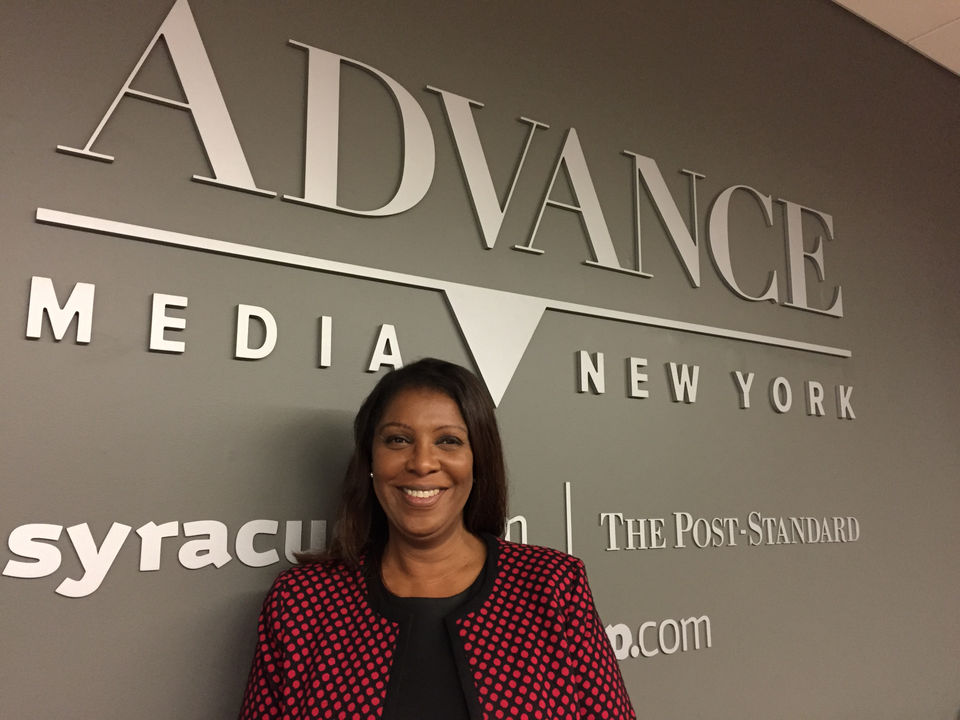 No matter the result Tuesday night, New York will elect its first ever black attorney general this year.

Letitia "Tish" James is the Democratic Party candidate for New York state Attorney General. Keith Wofford is the Republican candidate. Both are black.

The two are running to replace Eric Schneiderman, who resigned earlier this year after allegations surfaced of domestic abuse. 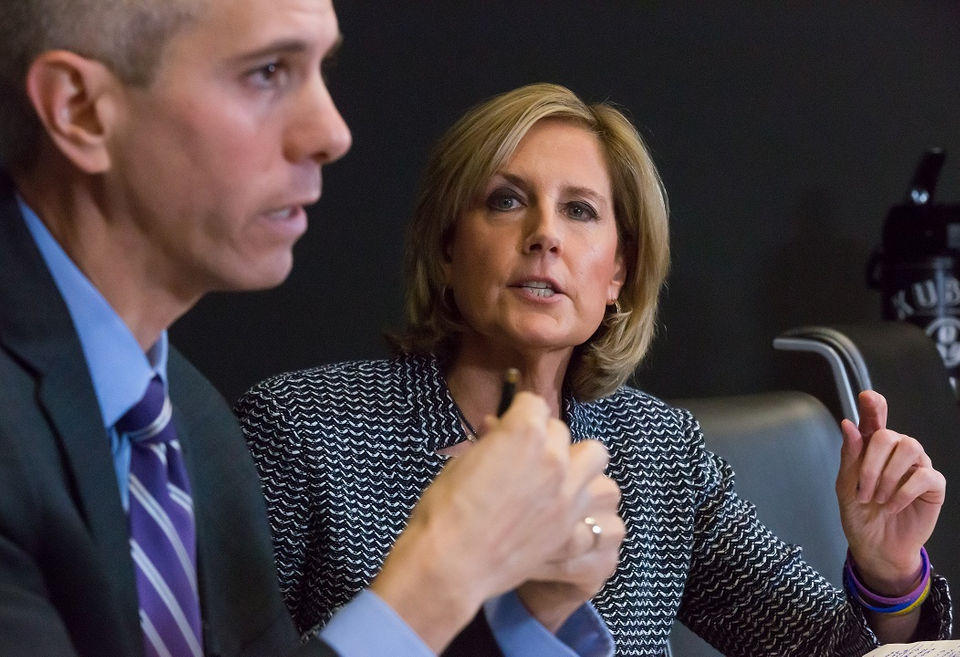 Democrats nationwide have coalesced around a rallying cry coming into November: A blue wave is coming. The party is expecting massive turnout from newly registered voters and young people -- enough, they hope, to swing Congress from Republican to Democratic control.

President Trump has tried to hijack the term and insists there's a red wave coming, stoking the base of the Republican Party.

What would that wave look like? Locally, Democrats are trying to seize control of two Republican-held Congressional seats and a state Senate spot that's belonged Republicans for 50 years. Those races could be a bellwether for a national political swing, indicating whether Democrats mobilize enough voters to generate a "wave." 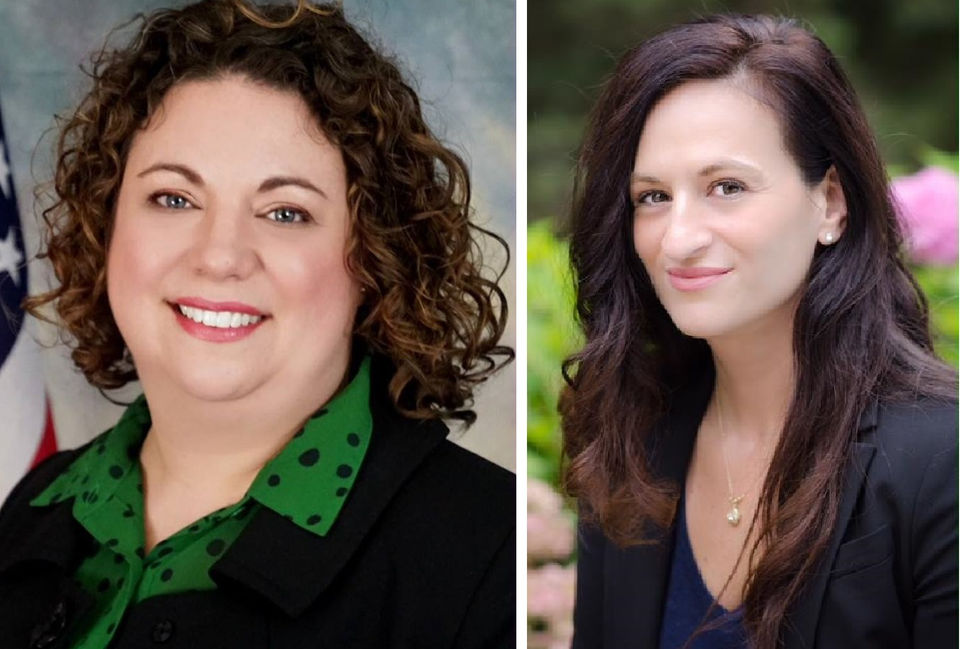 Provided photo
Who wins round 2 of the city court battle?

Ann Magnarelli and Shadia Tadros are squaring off in a race for city court judge that's a replay of September's narrow primary. Magnarelli barely squeaked by Tadros in a hard-fought primary, winning with 3,334 votes compared to Tadros' 3,210.

A third candidate, Felicia Davis, got 2,886 votes. Davis isn't on the ballot, but Tadros is still running with the Working Families Party, lining up a repeat showdown between the two. Jason Zeigler will be on the ballot as a Republican and a Conservative.

Can Tadros top Magnarelli in a general election showdown, with all city voters weighing in? Or will Magnarelli repeat her victory? 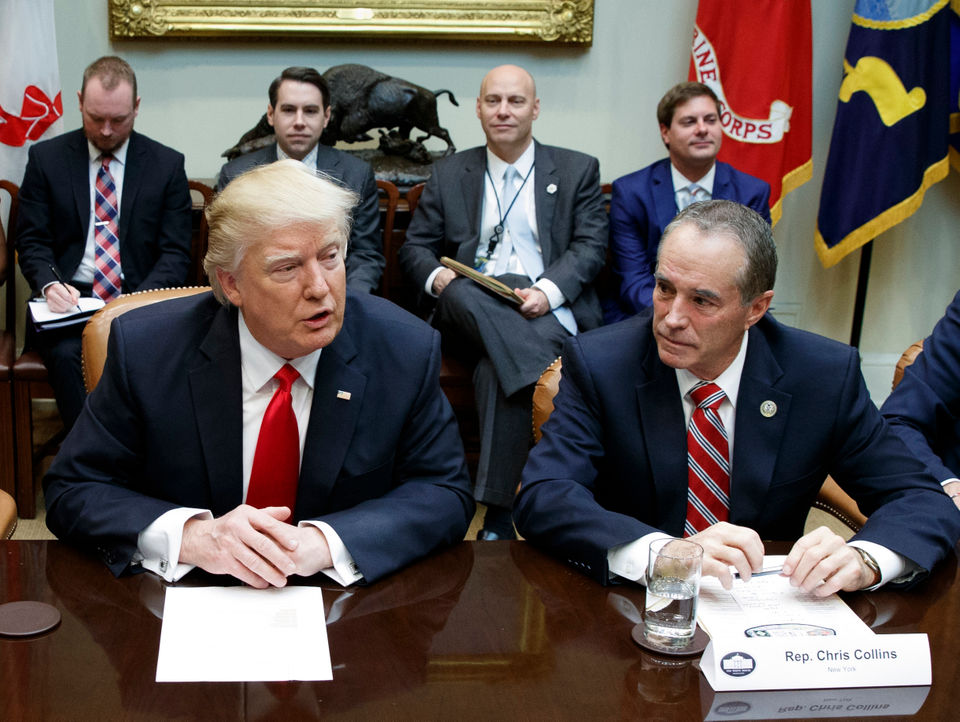 Evan Vucci
Will Collins go back to Congress?

Shortly after federal prosecutors indicted Chris Collins on insider trading charges, the Erie County Republican said he wouldn't seek reelection to Congress. But after party leaders struggled to find a viable replacement, and logistical challenges to that replacement mounted, Collins decided to stay in the race after all.

Collins is asking voters to send him back to Washington while prosecutors probe what they describe as abuse of office and dishonesty.

Republicans heavily outnumber Democrats in Collins' 27th Congressional District. But Democrat Nate McMurray is embroiled in a very close race, due in large part to the indictment.

Will Western New York send Collins back to Congress despite the charges against him?