(Albany) The Green Party candidates for Governor and Lt. Governor – Howie Hawkins and Jia Lee - were at the State Capitol on Wednesday to call for an overhaul of the state’s education policies, including more funding for schools in low-income communities; a move away from high-stakes testing and privatization, including charter schools; and the election of a Governor who supports rather than attacks teachers, especially following the Janus decision.

The Greens say the state should close the $4.2 billion cumulative shortfall in Foundation Aid funding that was intended to meet the requirements of the 2006 ruling in the Campaign for Fiscal Equity case. They say the should settle, not fight in court, the lawsuits from New York City/Syracuse parents and the Small Cities for full Foundation Aid funding.

The Greens favor home rule for school governance and elected school boards. They oppose the mayoral control that has been enacted in New York City.

The Green Party has watched with interest as a number of Democrats have taken positions well to the left of Democratic Party leadership. In New York, Green Party candidate for governor, Howie Hawkins, says, if you want real social transformation, vote for the Greens. Hawkins and other Green Party members recently announced support for social ownership of the economy, a state public bank, and other radical measures. We asked Howie Hawkins what he means by “social ownership of the economy.”

DUNLEA’S GREEN PITCH — POLITICO's Marie J. French: If Comptroller Tom DiNapoli won't rid the state's pension fund of investments in fossil fuel companies, then it's time for a new comptroller, says Mark Dunlea. Dunlea, a longtime environmental activist, has launched a quixotic Green Party campaign to unseat DiNapoli. Dunlea faces ridiculously long odds — the Green Party operates on the state's political margins, while DiNapoli was the only unopposed incumbent at the state's Democratic convention and won reelection in 2014 with 60 percent of the vote. And it's not as though Dunlea sees DiNapol as an archenemy. "We think Tom's a good guy," he said. Even still, Dunlea is moving forward with his unlikely campaign, focusing on a key issue for environmentalists: divestment. There's a lot of money at stake — the comptroller has fiduciary responsibility for $209 billion in state pension funds, which pay for public employee retirement benefits. The comptroller's decisions about investment strategy are critical in ensuring that the state will have money to cover the pension costs for thousands of employees. Investing in fossil fuel companies "is morally wrong, it's destroying the planet and its a financial risk," Dunlea said at a press event in Albany last week. It was one of several appearances he's made around the state with Green Party gubernatorial candidate Howie Hawkins. Read more here.

Green Party Candidate Howie Hawkins is calling for statewide action to address the exposure of children to lead contamination. Syracuse is the child lead poisoning capital of the nation. 40% of Syracuse children had blood lead levels between 5 and 10 micrograms per deciliter, while 16% had levels exceeding 10 micrograms per deciliter. Hawkins talked about the issue on NewsRadio 570 WSYR. Listen to the podcast. 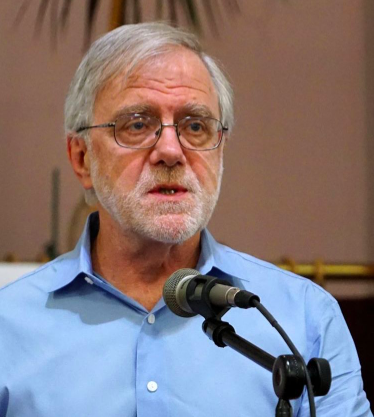 Green party gubernatorial candidate Howie Hawkins called on the state Wednesday to get tougher when it comes to preventing lead poisoning in children.

Hawkins said it is a crime that so many children across New York State have elevated lead levels in their blood. He proposed five steps to deal with what he called a crisis, including a state law that would require that all rental units have lead-safe certification, before a family moves in.

Stewart Alexander talks with Howie Hawkins about his run for governor of New York. Part 2. Part 1 aired on July 11, 2018. 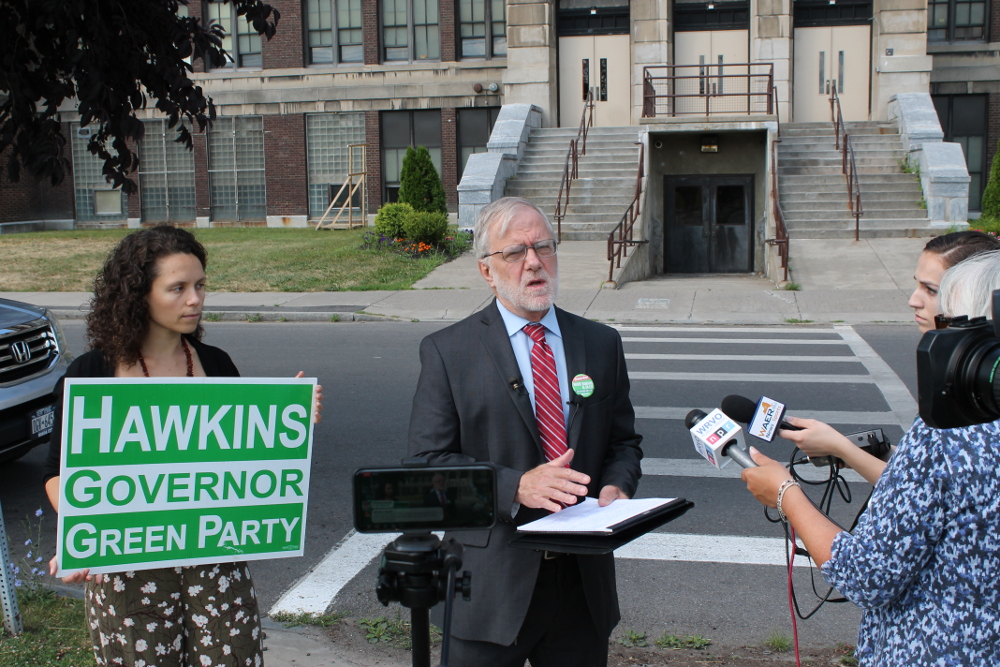 The university also surveyed a wider sample of nearly 1,000 voters, looking at a possible six-way general election and including candidates like a former Syracuse mayor, Stephanie Miner, who is running as an independent; the Green Party’s Howie Hawkins; and a Libertarian, Larry Sharpe.

In that situation, Mr. Cuomo beats Marcus J. Molinaro, the Republican candidate for governor, by 20 points, 43 to 23 percent. Ms. Nixon, who could run on the line of a third party, the Working Families Party, which endorsed her in April, receives 13 percent, with Mr. Sharpe, Mr. Hawkins and Ms. Miner all polling in the low single digits. In a two-way race, Mr. Cuomo leads Mr. Molinaro, the Dutchess County executive, by a wider margin, with 57 percent favoring the governor to Mr. Molinaro’s 31 percent.