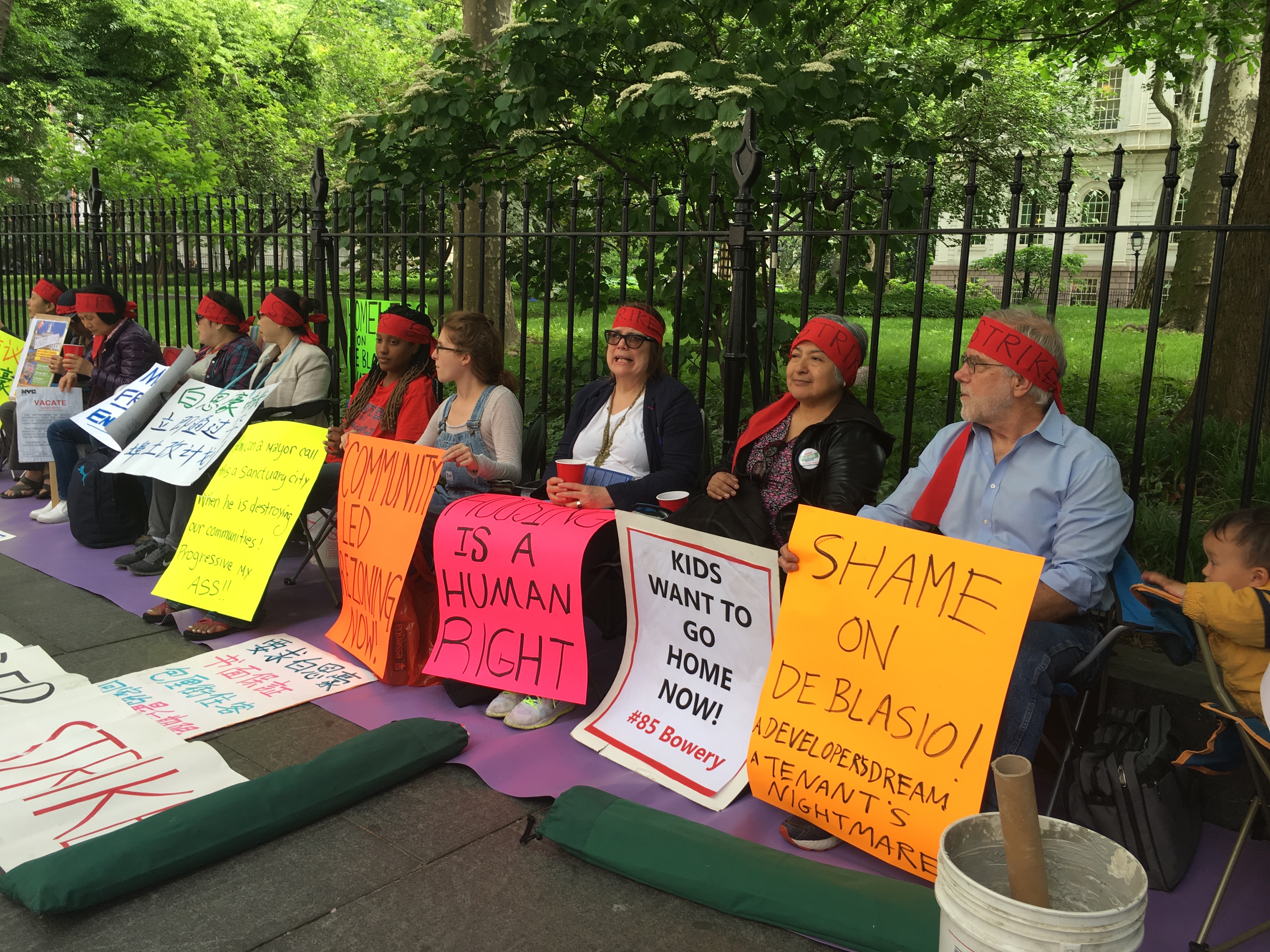 “I am not talking about the old public housing projects that isolated and segregated the poor. We should build high-quality public housing that is for middle-class, working-class, and very-low-income people alike – mixed-income, scatter-site, humanly-scaled, and powered, heated, and cooled by clean energy. It will be a program for good jobs, desegregation, and clean energy as well as affordable housing,” Hawkins said.

The 85 Bowery tenants are beginning their second hunger strike this year. They are protesting their removal by the city on behalf of landlord Joseph Betesh, who, the tenants fear, wants to replace their rent-stabilized apartment building with a luxury high rise. The hunger strikers say the city used the excuse of an unsafe staircase, which the landlord had been under a year-old court-order to repair, to remove them on behalf of the landlord.

The hunger striking tenants and their supporters are demanding that Mayor De Blasio:

Hawkins said that the $25 billion NYCHA needs to remove mold and lead paint, replace failing roofs and boilers, and make other building repairs – along with additional money for new public housing – should be raised by taxing the wealthiest 1%.

“Most of this shift of income to the 1% has accrued to the real estate barons as rent and capital gains and to the Wall Street financiers as interest on the bigger mortgages and loans collateralized by the inflated properties. The rentier class can afford to pay more taxes so that everyday New Yorkers can afford decent places to live,” Hawkins said.