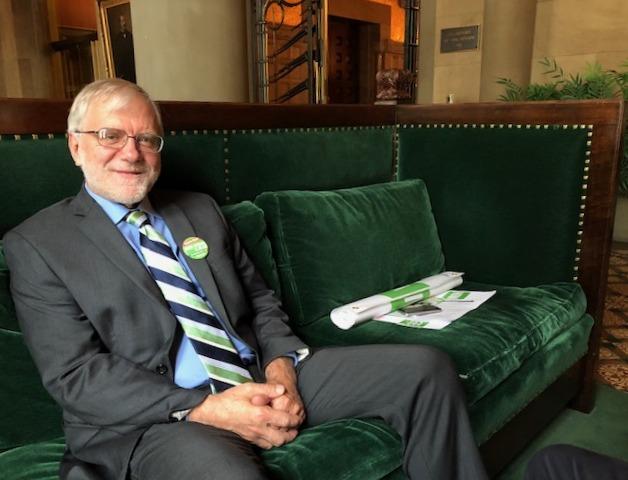 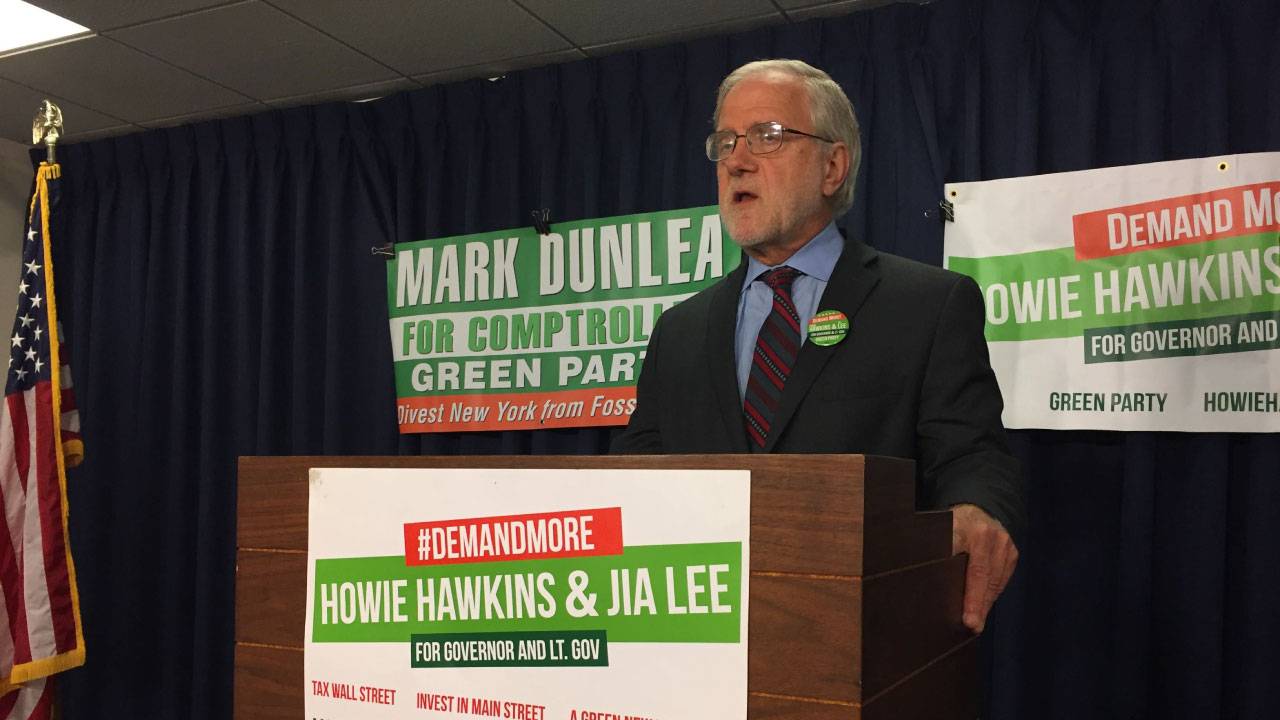 Azi Paybarah talks with the Green Party gubernatorial hopeful Howie Hawkins, who makes his case and talks some stuff about the Working Families Party.

Hawkins on WBAI's Advocating for Justice

The audio is in the WBAI archive at https://www.wbai.org/archive.php. The show was aired at 5 pm on Monday, October 1, 2018

Anders interviews Green Party New York gubernatorial candidate and activist Howie Hawkins. Recorded last week, behind the patreon paywall, but we decided to release it so the man can get proper exposure!

Nearly a quarter of the votes in New York’s last race for governor did not go to the Republican or Democratic line. A lot of those votes went to the major candidates running on other ballot lines, like the Conservatives’ or the Working Families Party’s. Some were blank, or write-ins. But more than 200,000 people voted for actual third-party candidates, the vast majority of those for Howie Hawkins, who in his second run for governor as the Green Party nominee netted nearly 5 percent of the vote.

Hawkins, a former construction worker and UPS worker, is on the ballot for a third time. He told WBAI’s Max & Murphy on Wednesday that he feels his strong showing in 2014 helped push the state left. And given the increasing leftward tilt of state politics, Hawkins is hopeful that this year the Greens will eclipse the vote total for the Conservatives, who have cross-nominated Republican Marc Molinaro, and move into the third slot on future ballots behind the Democrats and Republicans. His pitch to voters includes ideas like new public housing and a guaranteed minimum income.

If Hawkins, 21 times an unsuccessful candidate for office as a Green, has been fighting on the outside for years, Stephanie Miner has moved from the inside out. A two-term Democratic mayor of Syracuse who once co-chaired the state Democratic Party, she considered challenging Gov. Andrew Cuomo for the Democratic nomination this year, but opted instead for an independent bid on the newly crafted Serve America line. Miner told Ben Max and I about her nuanced views on the process behind the SAFE Act, her plans to go beyond rent regulation in protecting affordable housing and whether she worries that she will draw votes from the Democrats (she is still registered with them) and help boost the chances for Molinaro to return Republicans to the governor’s mansion for the first time in a dozen years.

The full show and individual interviews are below.