GOP WARCHEST WOES: Cuomo, a Democrat, has more than 40 times more money to spend on his campaign than Molinaro, the Dutchess County executive.

The recent filings also show that none of the three third-party candidates appear to be picking up serious fundraising momentum. Independent candidate and former Syracuse Mayor Stephanie Miner posted a balance of $55,000. Green Party candidate Howie Hawkins has $31,000 and Libertarian Larry Sharpe has $24,000 on hand.

Fellow New Yorker Howie Hawkins, a Green Party gubernatorial candidate, told the Post Star on Wednesday, “We’re really on the edge of a real disaster,” citing the report. “We just hope New York can take the lead and set an example.”

He added that implementing a Green New Deal at the state level would be “such an economic boom for the state.”

In September, the Reform Party commissioned a poll from Liberty Opinion Research that found Cuomo’s lead was cut to just 46 percent, to 43 percent for Molinaro.

Is this the Election that Kills Fusion Voting in New York?

The WFP’s endorsement of Cuomo crossed from pragmatism to cynicism for some, including Green Party gubernatorial nominee Howie Hawkins, who issued a statement calling the WFP’s attempt the pull the Democratic Party left a “futile effort” and invited socialist and progressive voters to fill in the circle for him instead. 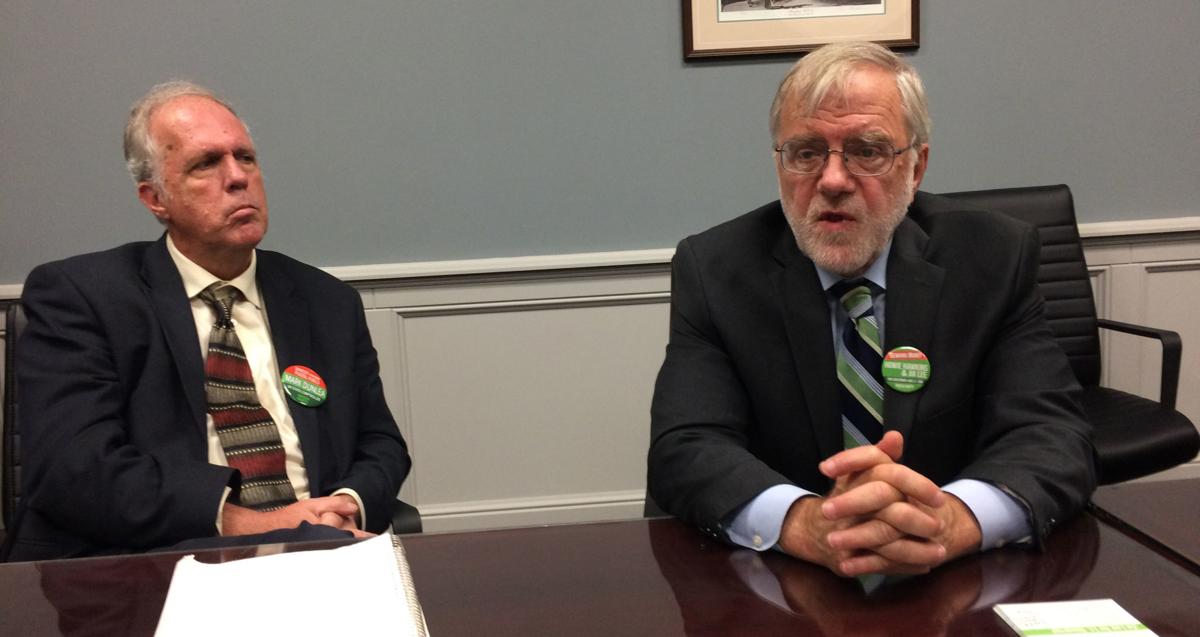 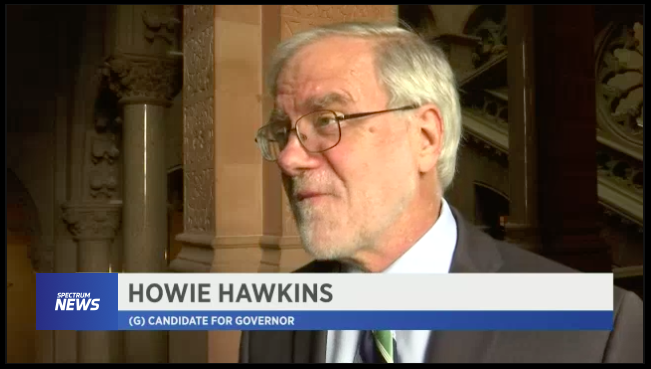 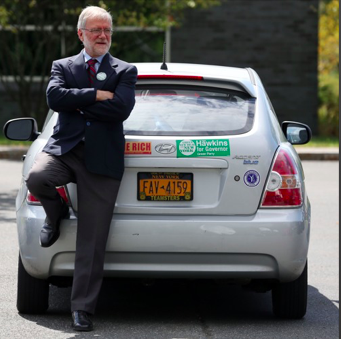 Gravis Marketing released its latest survey of likely voters with Cuomo at 48%, Molinaro at 25% Sharpe at 13%, Miner at 9% and Hawkins at 6%

“This poll shows that we’re continuing to gain momentum with New York voters.” says Libertarian Candidate Larry Sharpe.  “When people know who I am, when people hear our message, my campaign polls even better. We’re seeing the results of our efforts at events throughout New York State.” Follow up questions within the poll asked respondents about various policy issues and whether they were aware of candidate issue positions. After these questions, the respondents were asked again about their preferences for governor with Andrew Cuomo at 38%, Larry Sharpe at 25%, Marc Molinaro at 19%, Stephanie Miner at 9%, and Howie Hawkins at 10%.

“This poll really underscores the need for debate that includes all candidates for Governor. Millions of New York voters are looking for alternatives to the major party candidates” says Brian Waddell, Larry Sharpe’s campaign manager. “Governor Cuomo needs to come out of hiding and agree to a debate immediately.”

At present time, Governor Andrew Cuomo has not agreed to debate any candidates for Governor.

Hawkins, who received 5 percent of the vote in the 2014 gubernatorial race, says he hopes to beat that this year, but is severely underfunded....

Hawkins of the Green Party is banking on progressives being dissatisfied with the governor, and thinks he is the logical choice for Nixon voters in the general. “He talks progressive but he governs to the right,” Hawkins said of Cuomo in a brief phone interview. He pointed out, for example, that the governor’s much-vaunted $15 minimum wage isn’t in effect upstate, where the minimum wage is set to increase to $12.50 by the end of 2020. He criticized Cuomo for hesitating on extending the state’s millionaires tax, his handling of issues at the New York City Housing Authority (NYCHA), and lead poisoning issues in upstate communities in Syracuse, Buffalo, and Ithaca.

“I think it resonates but the question is, do we have the reach to reach all the progressives who I think on these issues are the majority of people in New York State,” Hawkins said.

He recognized Cuomo’s many advantages. “The only way we can overcome it is if the media narrative changes,” he said, noting for instance that though the Green Party received more than twice the votes the Working Families Party did in 2014 (with Cuomo on its line), the WFP’s political moves tend to get more attention. “That would make a big difference...It’s not just what Cuomo’s got, it’s the way he’s being treated by the media, which is frustrating for us.”

Lack of debates a disservice to voters — again

He should debate them.

We’ve spoken with most of these candidates over the past several weeks, and we think voters would benefit from a series of televised exchanges so they can share their vision with voters statewide.