The Green Party has put its statewide slate forward, with Howie Hawkins again topping the ticket as the gubernatorial candidate. Jia Lee will be the Green Party nominee for lieutenant governor.

After laying out a progressive policy agenda and framework for social, economic, and environmental justice, Hawkins said at Saturday’s convention, “The way this is going to play out in the fall is there’ll be the progressive Greens, the centrist Democrats, and the conservative Republicans. And the argument, the narrative against us is we’re going to spoil it and elect the Republicans, and we have to say ‘no, we’re the progressive alternative, the Democrats won’t solve our problems, don’t waste your vote, vote for what you want, make your vote count, make the system come to what you want -- and that’s how we leverage power and we make a difference.” 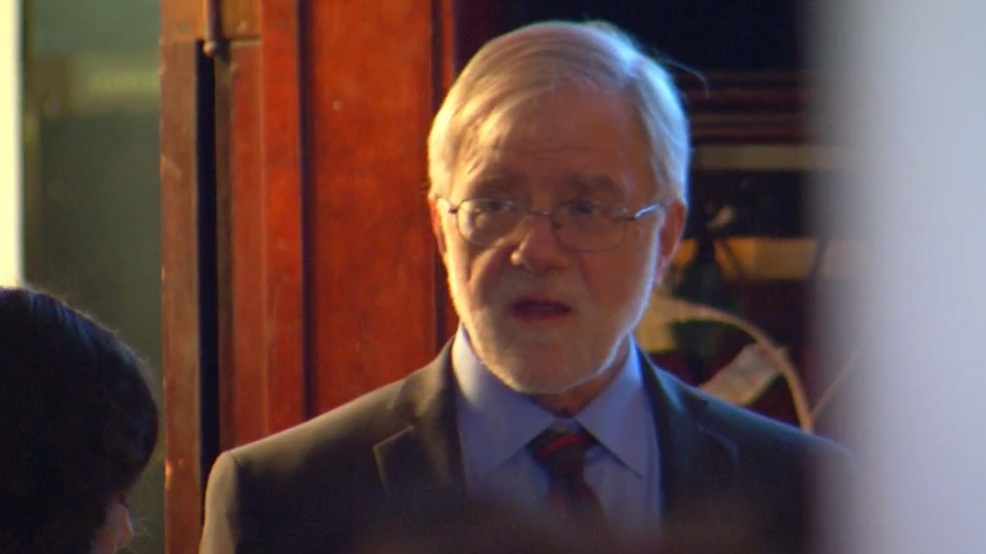 The state's Green Party Saturday endorsed Howie Hawkins for governor. Hawkins is a retired teamster who is making his third run for the office.

This will be Hawkins' third consecutive run for the position. He finished with 5% of the vote in 2014.

The Green Party is focusing their campaign this election season on clean energy, single-payer health care, legalization of marijuana, and fully-funded public schools.

“Testing and charters have become the bipartisan evasion to confronting segregation. Integration has been by far the most effective education reform in closing achievement gaps and improving the education of children of all backgrounds,” Hawkins said in a statement from his campaign. 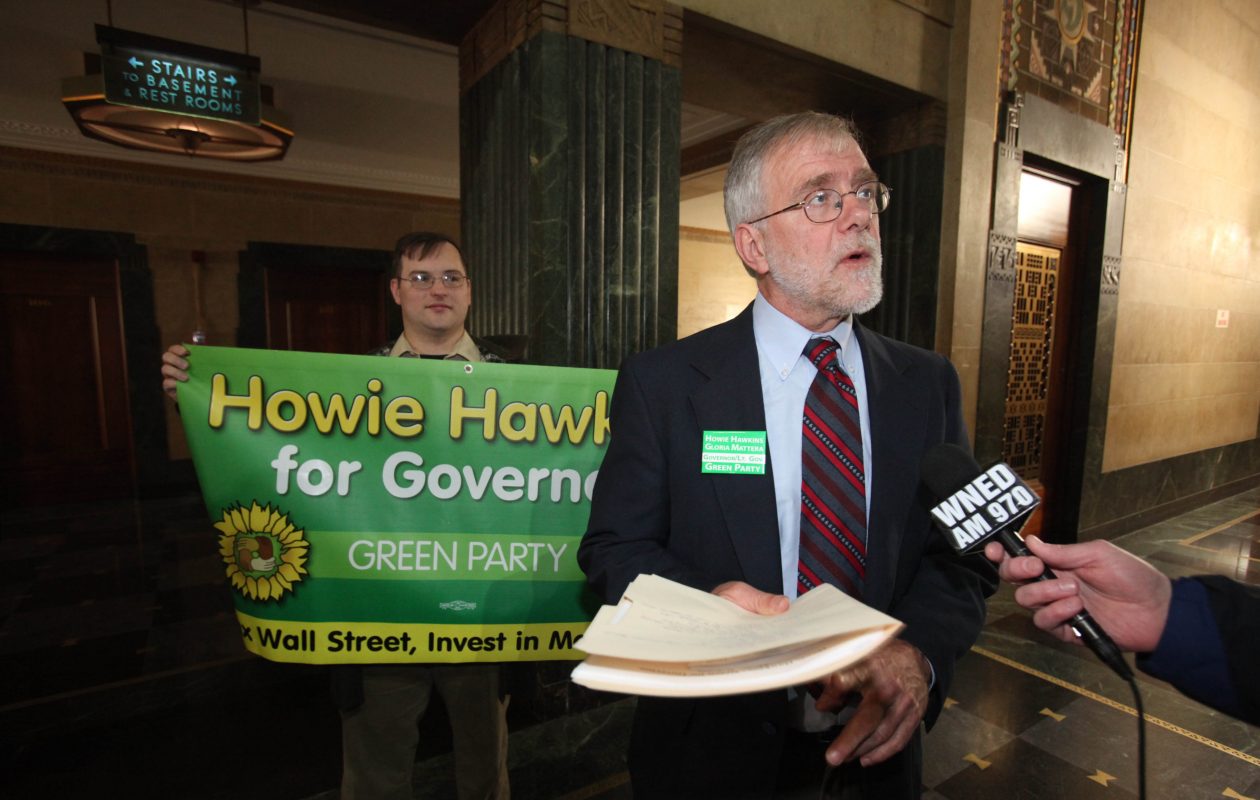 Rensselaer—The Green Party of New York will hold its nominating convention for statewide candidates on Saturday, May 19, from 11am-6pm at the Rensselaer Presbyterian Church, 34 Broadway, Rensselaer, NY.

Candidate: The Folly of NY’s Cross-Endorsements

One month ago, notes the New York Green Party’s Howie Hawkins at Gotham Gazette, the Working Families Party endorsed Cynthia Nixon for governor. Three days later, the WFP “said they didn’t really mean it” when political director Bill Lipton suggested the party would take her off its November ballot line if she loses the Democratic primary to Gov. Cuomo so as not to play the “spoiler.” Hawkins says he feels for the WFP’s rank-and-file: “They got double-crossed by Cuomo in 2014 when they endorsed him. This year they got strong-armed by Cuomo when they didn’t.” But that’s the problem with New York’s cross-endorsement “fusion” system: All the minor parties (except the Greens, who always field their own separate slate of candidates) “function like political clubs inside the major parties,” instead of like “independent parties.”

#RedForEd versus the UFT-Cuomo blues

Now that the WFP has endorsed Cynthia Nixon, she has a potential ballot line to run against Cuomo in November in the likely event that she loses the Democratic primary. But the WFP's Lipton has already declared that that's not going to happen. "We will not be a spoiler," the state director told reporters. "In 20 years, we have never been a spoiler."

In other words, don't count on Lipton to break the abusive cycle in which Cuomo kicks down at the unions, who kick down at the WFP, who then kick down at grassroots activists backing the Green Party campaign of Howie Hawkins and Jia Lee, the latter a New York City teacher and opt-out activist.

How unrealistic to back a third party campaign, the argument will go, at a time when Cuomo and the unions won't even tolerate a primary challenge inside the Democrats.

THERE ARE many teachers like Jia Lee, a member of the Movement of Rank and File Educators caucus inside the UFT, who disagree with the concessionary strategy of their union's leadership. They face the challenge of organizing to bring the spirit of the red-state rebellion into the bluest of cities.

The case for an independent Left party: From the bottom up

If the 13 million votes received by self-styled “democratic socialist” Bernie Sanders in the 2016 Democratic presidential primaries accomplished nothing else positive, it put the questions of socialism and independent working-class politics up for public discussion. I have been critical of Sanders’s socialism because his policy platform was New Deal liberalism, not socialism. More importantly, by entering the Democratic Party, Sanders broke with the socialist principle of independent working-class political action.1 He became the “sheepdog” herding progressives, who had the option of voting for the Green ticket of Jill Stein and Ajamu Baraka in the general election, back into a party run by the billionaire class he professes to oppose.2 Nevertheless, the broad liberal to radical American left is now discussing what socialism is and debating whether the Left should be inside or outside the Democratic Party—or both inside and outside. These are good discussions to have.

As we enter the run-up to the 2018 midterm elections, Trumpism is weakening under its own self-inflicted wounds, the ambivalent legitimacy of Trump’s election by a popular minority due to the eccentricities of the Electoral College, and a spreading realization that behind the economic populism of his campaign rhetoric is the most reactionary Republican economic and social policy agenda since the late nineteenth-century era of Social Darwinism and Jim Crow. A massive resistance against Trump and his administration has emerged, and it is in the main counting on a Democratic restoration to save us. The Democrats may replace the irrationalities and racist revanchism of Trump, but they won’t replace the austerity capitalism and militaristic imperialism to which the Democratic Party is committed. It is a key institution upholding the broad policy consensus of America’s ruling class and its political representatives in the two-party system of corporate rule.