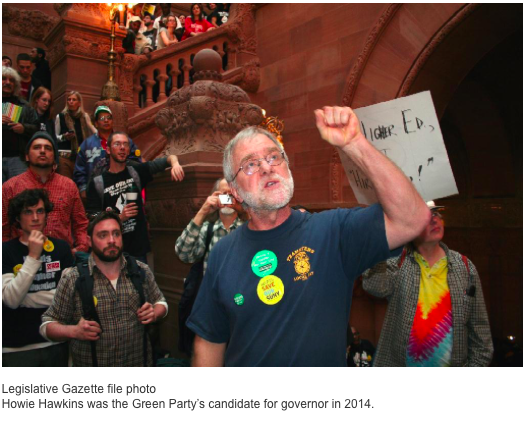 Solidarity and Resistance Are the Way Forward

A Message from the US

Middle East Solidarity spoke to activists in the US about their expectations for Trump’s policies in the Middle East and how they are organising in response. Joanne Landy is co-director of the Campaign for Peace and Democracy which promotes a new, progressive, and non-militaristic U.S. foreign policy. Seth Uzman is a student organiser at the University of Texas. Howie Hawkins is a Teamster who works at UPS in Syracuse, New York. He was the Green Party candidate for New York Governor in 2014. Bill Fletcher Jr is a lifelong activist with several unions. Andrew Pollack is an activist with MENA Solidarity-US....

“Trump’s policies toward Israel/Palestine may be the last nail in the coffin of a two-state solution as West Bank settlements continue to expand, now with U.S. backing, leaving one democratic state as the only viable solution for the left and the peace movement to support”, says Howie Hawkins of the US Green Party....

The question of defending migrants and refugees lies at the heart of the mass movement which has erupted against Trump and his government, US activists say. The assault on migrants’ rights by the state has been accompanied by rising levels of prejudice in society. But there is also a serious fightback, Howie Hawkins explains. “Trump’s promises to ban Muslim immigration and deport undocumented immigrants will pose serious problems for Middle Eastern immigrants, even for those with documentation because of the racial and religious profiling these policies entail.” In response to Trump’s proposed immigration policy, Howie says there are plans to defend “sanctuary cities” that do not enforce national immigration laws and forbid police or municipal employees to inquire about a person’s immigration status. “We are also demanding that the U.S admit a much higher number of refugees from the wars in the Middle East.”