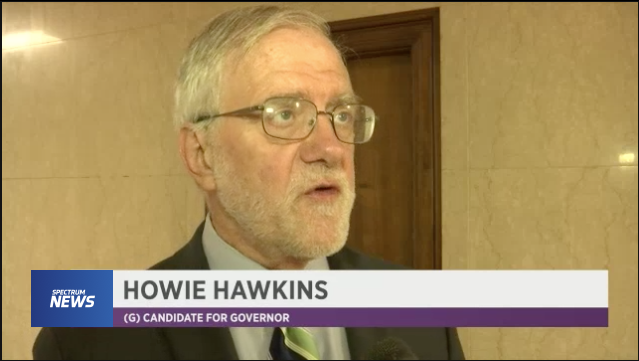 Libertarian candidate for governor Larry Sharpe understands why voters are increasingly seeking out ideologies outside of what has been considered the political mainstream.

“A lot of people are identifying as socialist because it's not the establishment. They don't actually know what it means. What they know is the establishment is not working for me,” said Sharpe.

As for Democrats in the Legislature like Assembly Speaker Carl Heastie, they point to support for reducing college tuition costs and single-payer health care -- economic programs that can have a broad appeal.

“We don't feel you have to support those things to be identified as a socialist,” said Heastie.