Howie Hawkins on the HOTLINE Today 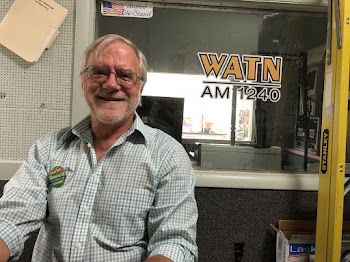 Three time Green candidate for Governor, Howie Hawkins outlined today what he feels will happen if as expected, Andrew Cuomo wins the Democratic primary against Cynthia Nixon, who occupies the WFP line.

Mr. Hawkins says there is an attorney placeholder on the Assembly line in Ms. Nixon's Assembly district....He would be nominated off to run for a Supreme Court seat he can't win and the WFP would put Ms. Nixon on the line, thus getting her off the Gubernatorial line....

In turn Ms. Nixon would disavow interest in the race and vote for incumbent Doborah Glick.  It's a roundabout way to be a good Democrat, but the same would have to be done for her LG candidate Jumaane Williams of  Brooklyn.

The danger in all this is will Andrew Cuomo take the WFP line or try to sink it like he did the Liberal Party years ago. Add to that for the numbers to be combined the tickets have to be identical, So Cuomo-Williams on the WFP cannot add to Cuomo-Hochul on three other lines.

In NY the two offices are nominated separately but run together in November.

The other problem is given all that's been said in the race, such a move is a real sell out.

Mr. Hawkins outlined his own candidacy on the HOTLINE today.