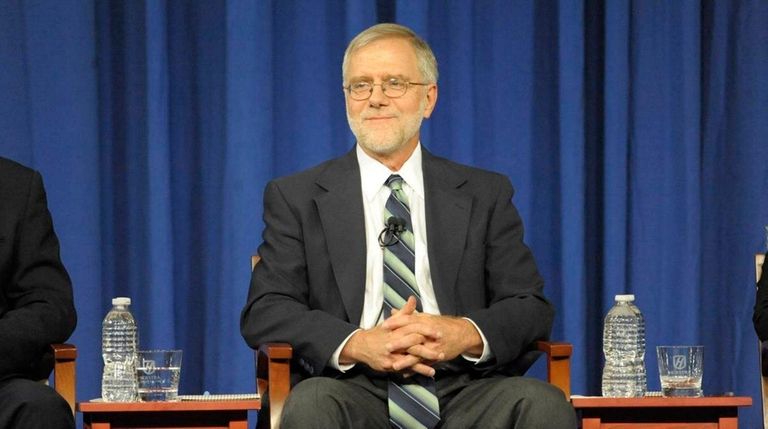 Hawkins’ Green traditionalism stands in contrast to Libertarian Larry Sharpe in some ways. Sharpe, 50, of Astoria, is making his first run for office. While he says he believes in traditional libertarian values like legalization of drugs and gambling and small government, they are not the priorities he wants to talk about.

Sharpe wants to improve health care through free-market methods like requiring complete price transparency, and allowing more providers to enter the marketplace. He wants to give Medicaid recipients their benefits on debit cards they could use to shop for providers. The providers would then be willing to treat such patients and be incentivized to do it well. He doesn’t want to privatize the Metropolitan Transportation Authority today, but he does demand money-raising innovations like selling naming rights for bridges, tunnels and stations, or vastly increasing off-hours freight shipping. Sharpe wants all property tax increases put up for public referendums, and he wants to stop demanding that providers of simple services be licensed.

The Libertarians have never achieved automatic ballot status. Sharpe, who has raised $450,000 for this race, says 50,000 votes is no problem. His stated goal is to come in second.

And then there’s Syracuse Mayor Stephanie Miner, 48, the former chair of the state Democratic Party running on the newest line, Serve America Movement. SAM is a fledgling national attempt by former Democrats and Republicans to seek a moderate and inclusive politics, not revolutionary policies.

Miner, SAM’s first candidate, says her campaign starts with ethics reform. She wants to end a system in which politicians are beholden to huge corporate contributors. She is passionate about shifting economic development money to infrastructure projects championed by the people, and away from big real estate donors. If she parlays her name recognition into 50,000 votes, SAM could be up and running.

There’s not much suspense about which politicians will top the tally on Tuesday. But to find out which ideas will win, we might need to wait a decade or two . . . and pay attention to the smaller parties with the bigger plans.

Lane Filler is a member of Newsday’s editorial board.