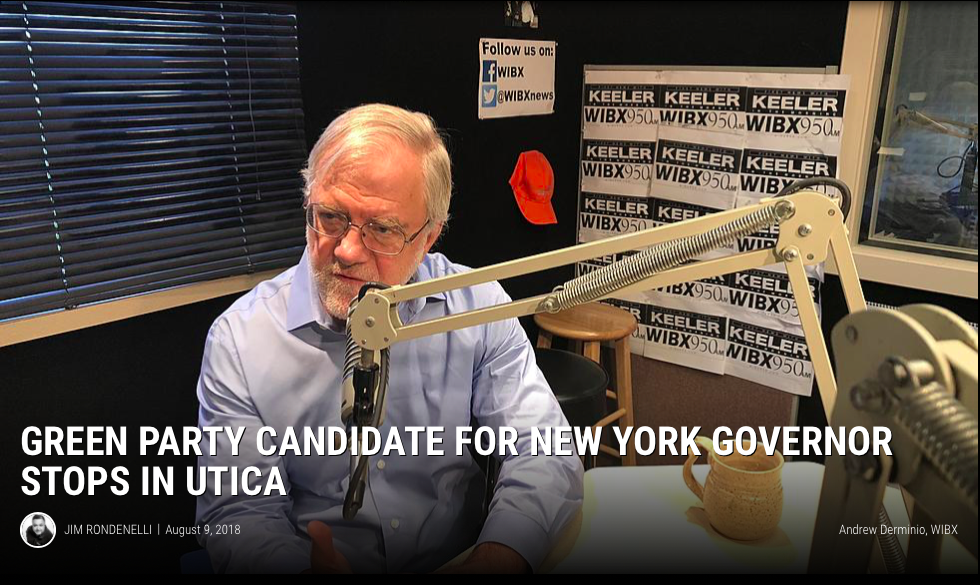 The Green Party candidate for New York Governor made a campaign stop in Utica on Thursday.

Howie Hawkins was a guest on the First News with Keeler Show on WIBX.

Hawkins is calling for a Green New Deal, which starts with transitioning to 100 percent clean energy by 2030.

He says according to a study done in 2013 by professors at Cornell and Stanford, if New York were to go to all clean energy by 2030, it would create 4 and-a-half million jobs and lower electric costs by half.