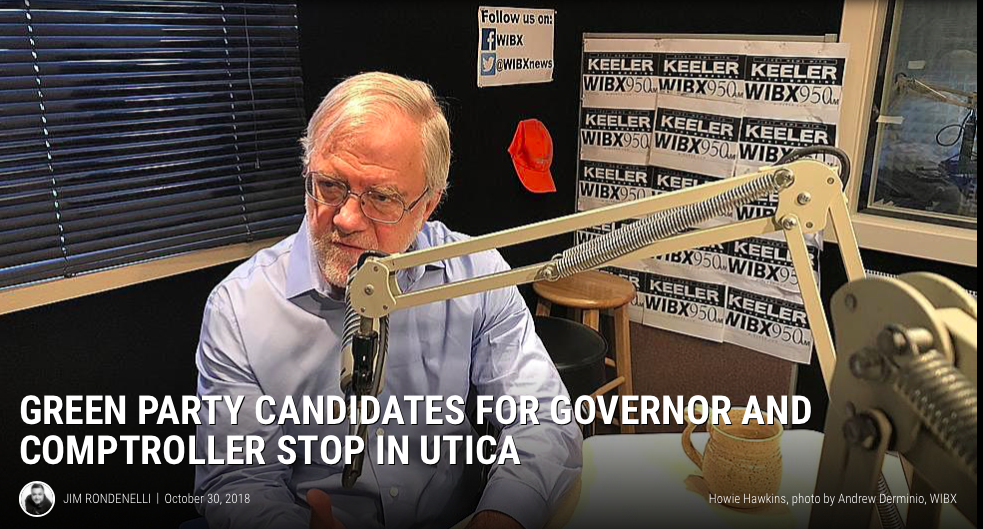 The candidates say climate change is the greatest threat to humanity, yet the state has made little progress in stopping the use of fossil fuels and moving to renewable energy.

Hawkins also says access to debates has been a major challenge.

Hawkins was excluded from the gubernatorial debate organized by CBS, but will be included in the debate this Thursday organized by the New York State League of Women Voters