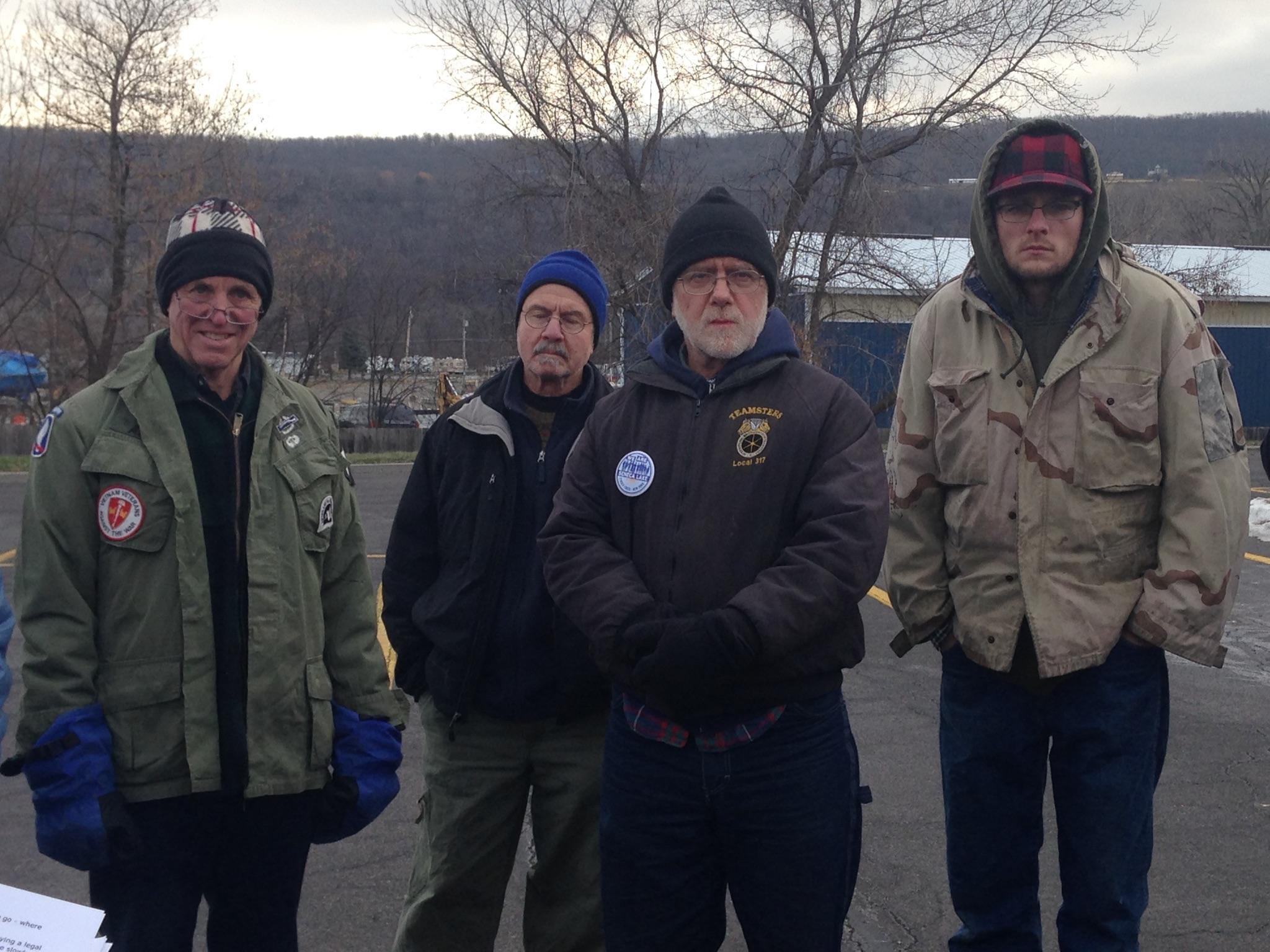 In a statement at the protest, Hawkins described fracking and natural gas storage as "inherently dangerous" and demanded "a crash program to build a 100% renewable energy program in New York State" to stop global warming.

Hawkins and the Green Party of New York (GPNY) are calling for immediate, bold action to reach that goal of 100% fossil-free, renewable energy in New York by 2030. They oppose all new fossil fuel infrastructure, such as the publicly-opposed methane gas storage expansion project at Crestwood. Hawkins also spoke at the "State of the Climate" rally in Albany on January 13 (video), which coincided with Governor Cuomo's State of the State address.

"The Green Party is proud to support We Are Seneca Lake's ongoing civil disobedience campaign against methane gas storage," said GPNY Co-Chair Gloria Mattera. "Their heroic efforts remind us that, while New York is not fracking, we are still bound to an undemocratic fossil fuel system that is deadly to our climate and communities."

GPNY argues that a publicly-owned, democratically-controlled energy system is the best way to achieve a "just transition" away from fossil-fuels.

Protesters have been blocking the Crestwood gas storage facility gates since Thursday, October 23, 2014. The We Are Seneca Lake movement opposes Crestwood’s plans for methane and LPG storage in lakeside salt caverns.

Crestwood’s methane gas storage expansion project was approved by the Federal Energy Regulatory Commission in October 2014 in the face of broad public opposition and unresolved questions about geological instabilities, fault lines, and possible salinization of Seneca Lake, which serves as a source of drinking water for 100,000 people.

As they have for a long time, the protesters are continuing to call on President Obama, U.S. Senators Schumer and Gillibrand, Governor Cuomo, and Congressman Reed to intervene on behalf of the community and halt the dangerous project. In spite of overwhelming opposition, grave geological and public health concerns, Crestwood has federal approval to move forward with plans to store highly pressurized, explosive gas in abandoned salt caverns on the west side of Seneca Lake. While the New York State Department of Environmental Conservation (DEC) has temporarily halted plans to stockpile propane and butane (LPG) in nearby caverns—out of ongoing concerns for safety, health, and the environment—Crestwood is actively constructing infrastructure for the storage of two billion cubic feet of methane (natural gas), with the blessing of the Federal Energy Regulatory Commission (FERC).