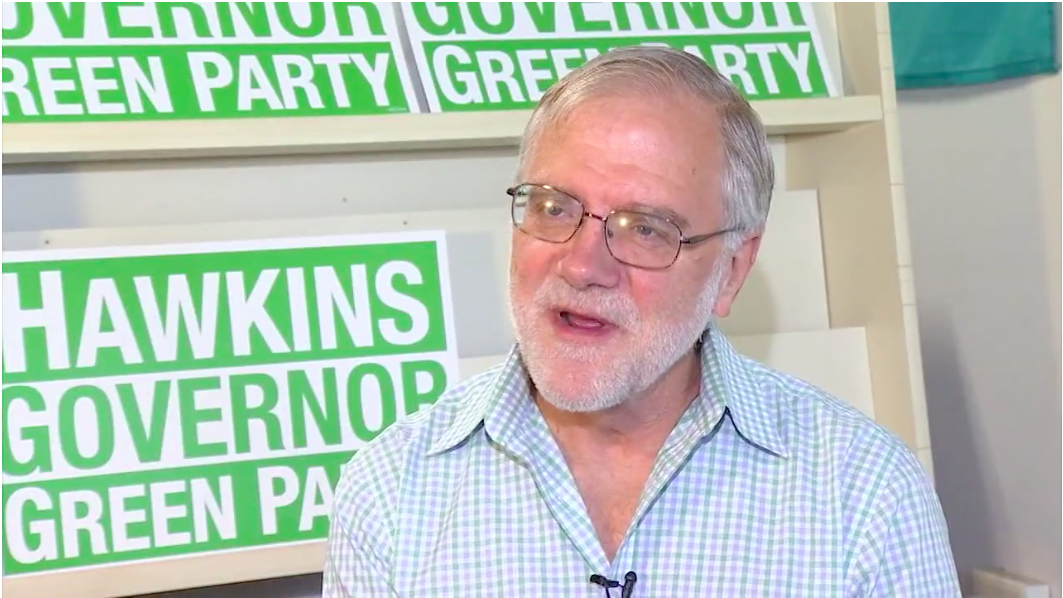 Hawkins campaign editorial note on Global Citizen screen shots below that appear in this video story:

Global Citizen limited the three third party candidates to 2 minutes appearing together early in the program before many people had gathered while Cuomo got 5 minutes by himself later as the crowd peaked.

Note how the background posted by the Global Citizens Festival said "Vote" when Cuomo spoke while the rest of us had the disclaimer that "Global Citizen is a nonpartisan organization and does not endorse any individual appearing."

MSNBC, which was broadcasting the Global Citizen Festival live, cut away from the three minor candidates to interview two pregnant former Olympians. Cuomo's speech was broadcast. 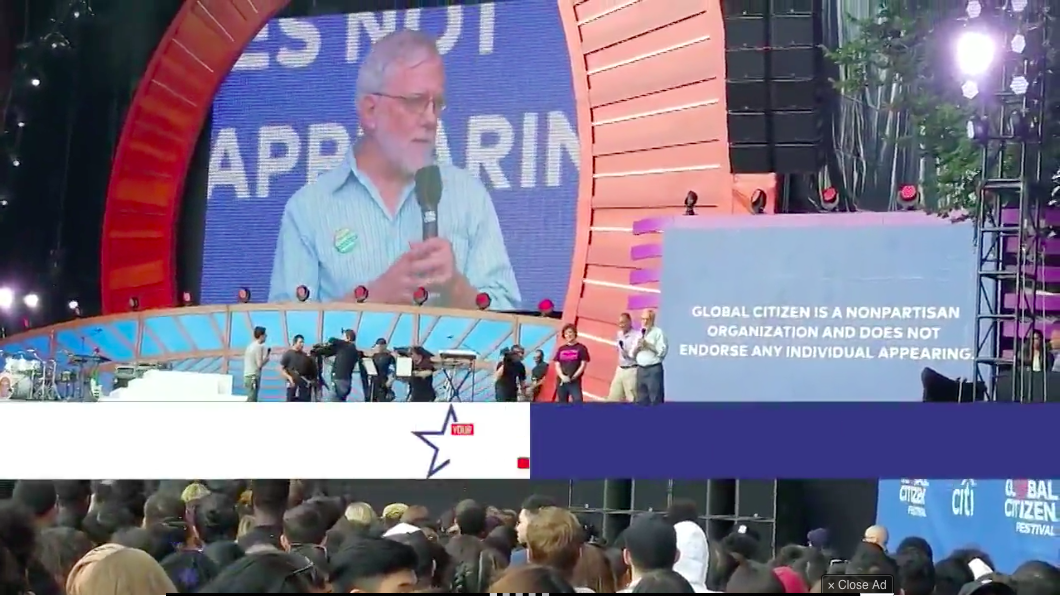 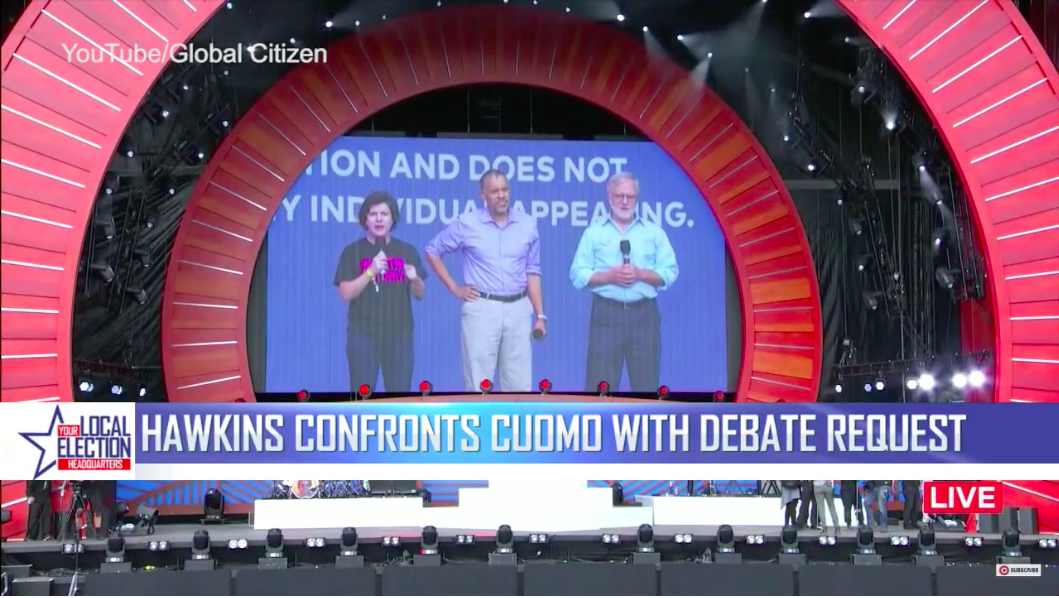 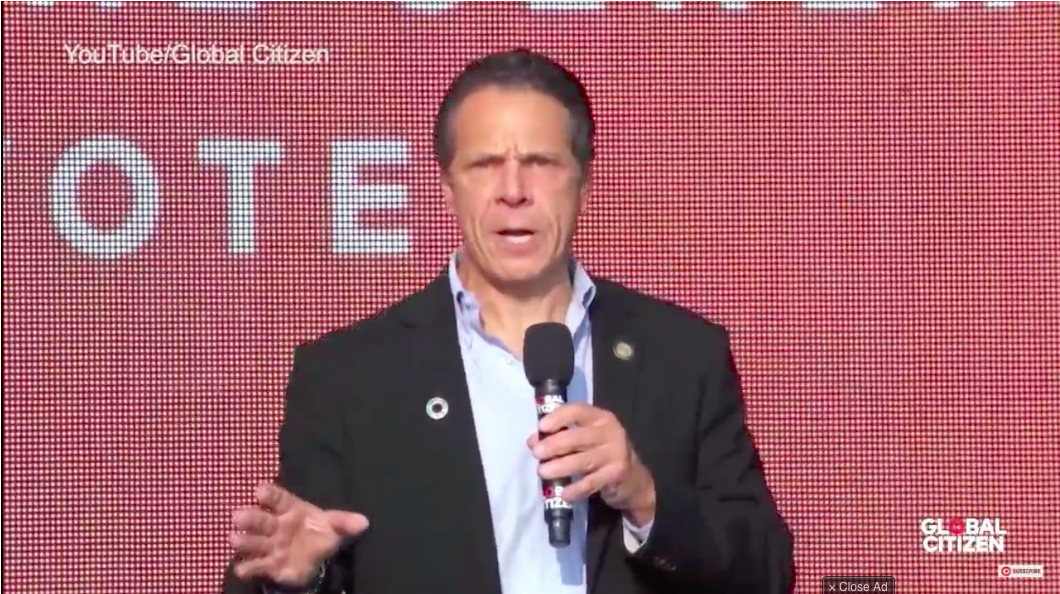