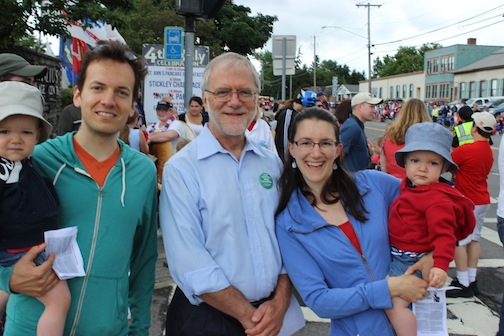 The US electoral system of winner-takes-all leads to the domination by two parties, one center-right and the other far-right. The Democrats want to repeal the New Deal and the Republicans want to repeal the Enlightenment. No other democracy offers voters such limited choices on Election Day. Our lack of meaningful restrictions on the ability of wealth to buy politicians and elections then pushes those two parties even further to the right, embracing the greed of the 1% rather than the need of the 99%.

The most fundamental electoral change would be to enact proportional representation, which creates legislative bodies that reflect the full spectrum political perspectives in society. Seats are allocated based on the percentage of vote received by the various political parties and the philosophies they espouse. We need a system of full – not partial – public campaign financing. We need a U.S. constitutional amendment to end the corporate personhood and the money equals speech doctrines so that the public can end the ability of the corporate power structure to buy the politicians, regulators, and courts.

President Eisenhower famously warned the country to guard against the threat to democracy posed by the military-industrial-congressional complex. The military now takes the lion's share of the federal budget to promote corporate welfare and imperial power to benefit the corporate elite and buy off members of Congress, while depriving Americans of public investments needed to improve the quality of life at home.

While our founding fathers had many flaws, they understood the risk to democracy posed by a standing army. Our political leaders always demilitarized after war until World War II. Creating democracy in the US means cutting down the military to a defensive force, with funding cut by 50 to 75 percent immediately. It means an end to interventions abroad to make the world safe for exploitation by multinational corporations.

The founding fathers were a contradictory mix of pro- and anti-slavery proponents. But their compromise on slavery at our founding was a sin of racism that still plagues America today. We need a Truth, Justice, and Reconciliation Commission in New York to examine the racially biased impact of the punitive so-called “war of drugs,” which has created the New Jim Crow of mass incarceration, and to develop policies to repair damages to families and communities. We need a positive program of measures to reduce the growing race and class segregation that has made New York's schools the most segregated in the nation.

It is long past time to extend the concept of democracy to our economy. Capitalism's economic dictatorship of the wealth-owning class needs to be replaced with an economic democracy of community and worker ownership where the organization and wage scales of work, the disposition of net income, and decisions about technology and environmental impact are made by the people who have to live with those decisions.

New York has the most unequal distribution of income of any state in the nation. More progressive taxation and budget priorities can only partially ameliorate the grossly unequal distribution of income after it has been created. If we are to really reduce income inequality, we have to reduce it where it is produced in the first place, at the point of production. That means a program of developing worker and consumer cooperatives in the private sector and democratic public ownership and control of those goods and services that everyone should have as a human right, such as education, health care, affordable energy, and universal broadband.

Transitioning to an economy based on 100% renewable energy by 2030 is not only feasible for New York. It is the best path to full employment and reducing disease-causing air pollution and eliminating the greenhouse gas emissions that fuel global warming.

On this Independence Day, it is time to declare our independence from the oppressive King Georges of our time in the oligarchy of the super-rich and their bought and paid for political representatives in the Democratic and Republican parties. The oligarchs have two parties. It's time we had one of our own.