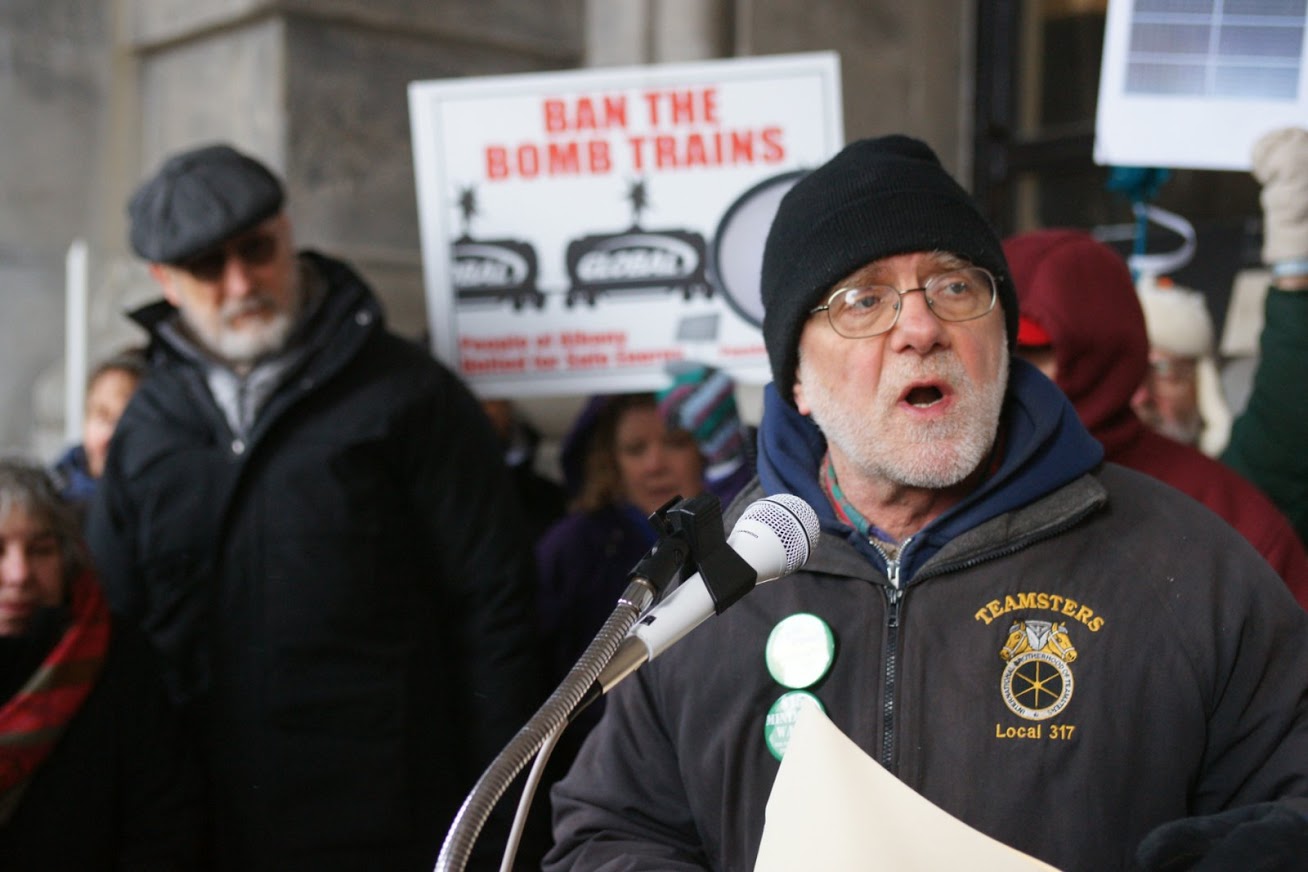 Things will be different for this run. Hawkins worked his last night shift unloading UPS trucks last month and that means he’ll have a little more time to commit this time around. Since moving to Syracuse in 1991, Hawkins has launched over 20 campaigns for various public officers including city council and U.S. Senator. While he’s had an indelible impact on Syracuse city politics, it may be his failed bids for governor that cement his political legacy in the state.

While the press is focused on Cynthia Nixon’s primary challenge to Cuomo, Hawkins expects to be able to quietly capitalize on her ability to seize on Cuomo’s weaknesses. He expects that because he saw things play out similarly in 2014 after law professor Zephyr Teachout ran an insurgent campaign against Cuomo in the Democratic primary.

“I think we definitely had an impact in 2014,” said Hawkins. “We got 5 percent of the vote in the general–the same as Zephyr Teachout got in the primary.

“I think the governor wanted to show a bigger number, he wanted to exceed the vote total that his father got and he didn’t, so he had to ask, ‘What can we do to get these progressive votes?’” said Hawkins.

While Hawkins believes he did move Cuomo to the left on some issues, he still feels that what Cuomo actually delivered was watered down. “We aren’t even scheduled for the $15 minimum wage upstate and they are going to ‘study it’ before implementing it. The fracking ban was good, but the state is still using fracked gas. Free tuition was more of a gesture because who does the governor’s version actually benefit, and how many people?” asked Hawkins.

Hawkins’ 20 political campaigns speak to his long history of advocacy. Born in San Francisco in 1952, Hawkins says he got involved in protests at the age of 12. He protested the Vietnam War and worked in solar and wind energy projects. In 1984 he co-founded the Green Party of the United States. He came to Syracuse in 1991 to act as director of CommonWorks, a federation of co-ops focused on building an environmentally-sustainable economy. For the last 10 years, Hawkins has been active in Teamsters Local 137 and various labor initiatives.

Hawkins welcomed Nixon into the campaign this month and called for her to join him in an issues forum. Nixon, like Hawkins, has pushed for increased school funding, criticized Cuomo’s reliance on major corporate donors and needled Cuomo on the ethics scandals that haven’t been addressed by the Cuomo-connected Joint Commission on Public Ethics or the state Inspector General.

The issues are what matter to Hawkins, and he says he’s happy to work with other candidates hand-in-hand to get traction. That said, he has seen real growth in support for the Green Party around the state. “The organization is much stronger now. We were running on fumes. Now we have active local organizations who are running candidates across the state.”

Hawkins may share a number of policy priorities with Nixon, but he has a few that stick out as particularly in line with Green Party politics. Hawkins wants to establish a Bank of New York to both stimulate economic growth and keep the interest rates that would be earned by large out-of-state banks in the state instead. North Dakota currently has a similar bank, established in 1863.

Hawkins also wants to end energy company monopolies and create a public power company to lower prices and then reinvest proceeds into clean energy. “We should already have a plan to transition totally to clean energy but private industry has blown it and time is running out.” said Hawkins.

However, Hawkins’ main focus also happens to be Cuomo’s greatest weakness at the moment. “What I’m more concerned about is the trickle-down, pay-to-play economic development program the governor favors that has been ineffective and corrupt,” says Hawkins.

“We’ve had 40 people leave office since 2000 due to corruption,” said Hawkins. “We don’t need this Hunger Games-styled statewide patronage system. What we need is revenue sharing to let communities decide how to spend this money, instead of having the governor leveraging this money for political gain.”

Nixon and Hawkins may not be able to beat Cuomo and his over $30 million war chest but their bids could add to the Democratic wave experts expect in reaction to President Donald Trump’s bizarre presidency. By highlighting Cuomo’s failures and his support for Republican and breakaway Democrats in the Independent Democratic Conference, both Hawkins and Nixon could boost insurgent legislative candidates across the state and create a Democratic majority in the Senate–something Cuomo has refused to do since he was elected.

Hawkins plans to be in Albany in the next few weeks, he says he doesn’t expect a lot of good policy out of the legislature before it breaks for the year in late June. He points to the fact that Cuomo decided to call for special elections that could change control of the Senate after budget negotiations are completed. “It’s really hard to be optimistic about anything involving the legislature right now,” said Hawkins. “But I want to change that.”