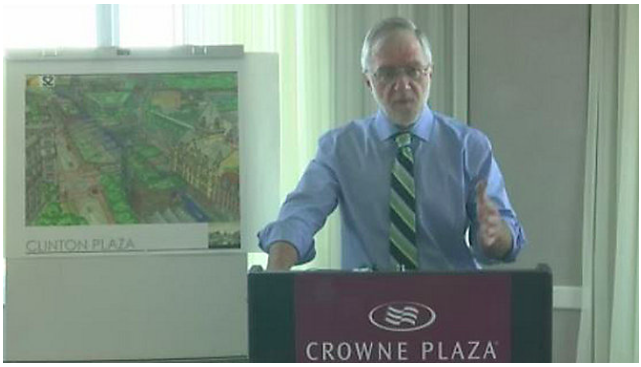 Political activist Howie Hawkins in the coming weeks will announce he is running for governor again on the Green Party line.

This would be Hawkins’ third bid for the office since 2010.

Under Hawkins, the Green Party has been able to meet the 50,000-vote threshold in both 2010 and 2014 to receive automatic ballot status the next election cycle. Hawkins, in the past, has run on issues such as banning high-volume hydrofracking and instituting a $15 minimum wage — both of which were later picked up by Democratic Gov. Andrew Cuomo.

Cuomo, who is seeking a third term this year, could face a potential primary challenge on his left from Cynthia Nixon, an education advocate and actress. Former Senator Terry Gipson has also registered to run in a Democratic primary.

In 2014, Cuomo was challenged for the Democratic nomination by Zephyr Teachout, a Fordham Law school professor who now sit