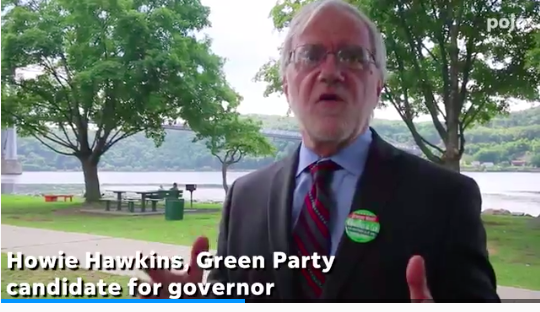 Hawkins said Cuomo and Nixon have failed to commit to an aggressive clean energy plan.

Green Party comptroller candidate Mark Dunlea, of Rensselaer County, said his campaign has "one particular goal, and that is to get the state to divest from fossil fuels. ... Whoever gets elected the new comptroller should be committed to divestment.”

Hawkins said he hopes he can challenge the major party candidates for the governorship.

“In terms of the vote goal, I’ll tell you, I think the conservatives are within our sight,” he said of the 2018 race. “When we get past the primaries... we’re going to be the only progressives standing.”