ALBANY - Minor-party candidates for New York governor hope to have a major impact on Election Day.

And if nothing else, at least they want to have an impact on the public-poll debate and the results.

The poll didn’t even name the third-party candidates.

That's not deterring any of the minor-party candidates, however, as each has continues to campaign across the state in the hopes of persuading voters.

The candidates are also hoping to secure 50,000 votes to retain a ballot line for the next four years.

Here's more about the candidates and their platforms:

A business consultant from New York City, Sharpe, 50, ran to be the Libertarian Party's vice presidential candidate in 2016, losing by less than 40 votes.

Now he's hoping to take New York in a different direction by overhauling the state's education system, privatizing its pension fund and repealing the SAFE Act, the state's gun-control law.

"My actual goal here is to make real impact in this state," Sharpe said in an interview with the USA Today Network's Albany Bureau.

Sharpe has plans, if elected, to suspend traditional education practices after the 10th grade, giving parents to option to choose how their children will spend their final two years in school based on their skills. 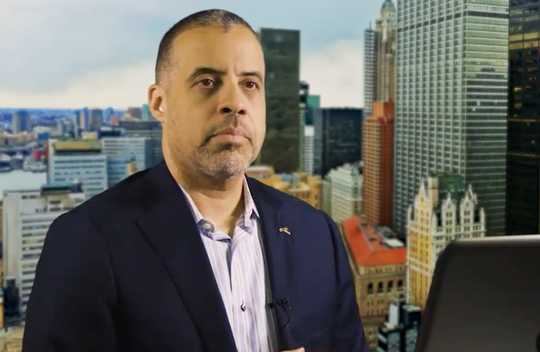 By privatizing the state's pension fund, Sharpe contends it would eliminate the need for state funding and reduce the state's overall deficit.

As for the SAFE Act?

The law would be obsolete by 2019, according to Sharpe, who said he plans to pardon all those prosecuted under the law and veto any funds allocated for the law in the state's budget.

"What you don’t hear people say is, ‘Well, Larry’s ideas are bad,’ because they're great," Sharpe said.

"I know they are because people keep saying it."

A former two-term mayor of Syracuse, Miner, 48, was once a prominent figure in the state's Democratic Party.

The relationship has since soured. She was named co-chair of the state Democratic Committee after Cuomo was elected, but she and Cuomo have been at odds since them.

“I think we have a state government that is corrupt, it’s wasteful and it’s not solving problems," Miner said.

"I think there needs to be real change and the way to do that is from the outside."

Miner blames both parties for the state's corruption and wasteful spending. 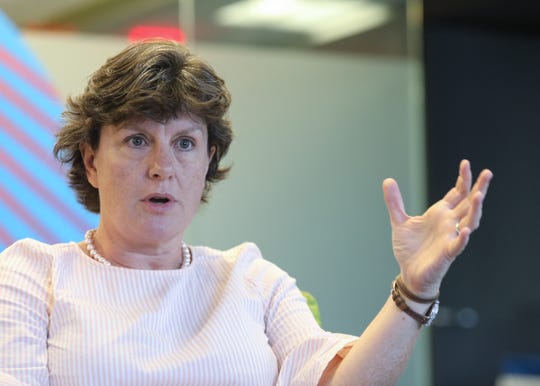 She hopes to eliminate the Joint Commission on Public Ethics, the state's oft-criticized watchdog group, and establish an independent commission to root out corruption in Albany.

Miner promises to close the state's so-called "LLC loophole," which allows individuals to skirt campaign finance laws by creating an unlimited number of limited liability companies to donate to candidates.

"We chose to take a much harder task doing an independent ballot line to say we're not going to be complicit in a process or a system that is not serving the people of this state," Miner said.

More: What to watch for: New York races head toward November

Hawkins, 65, has been here before.

The Green Party candidate has run for governor in 2010 and again in 2014 when he earned 5 percent of the total vote. The Green Party is now the fourth line on the ballot. 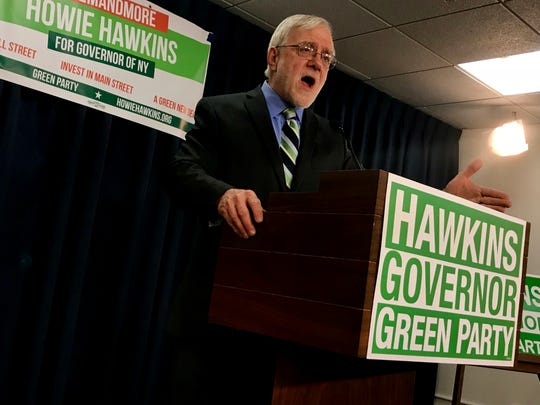 "We’re running to make a difference," he said.

"Holding the office is not as important as getting the policies that we’re advocating. However we get them, we’ll take it that way.”