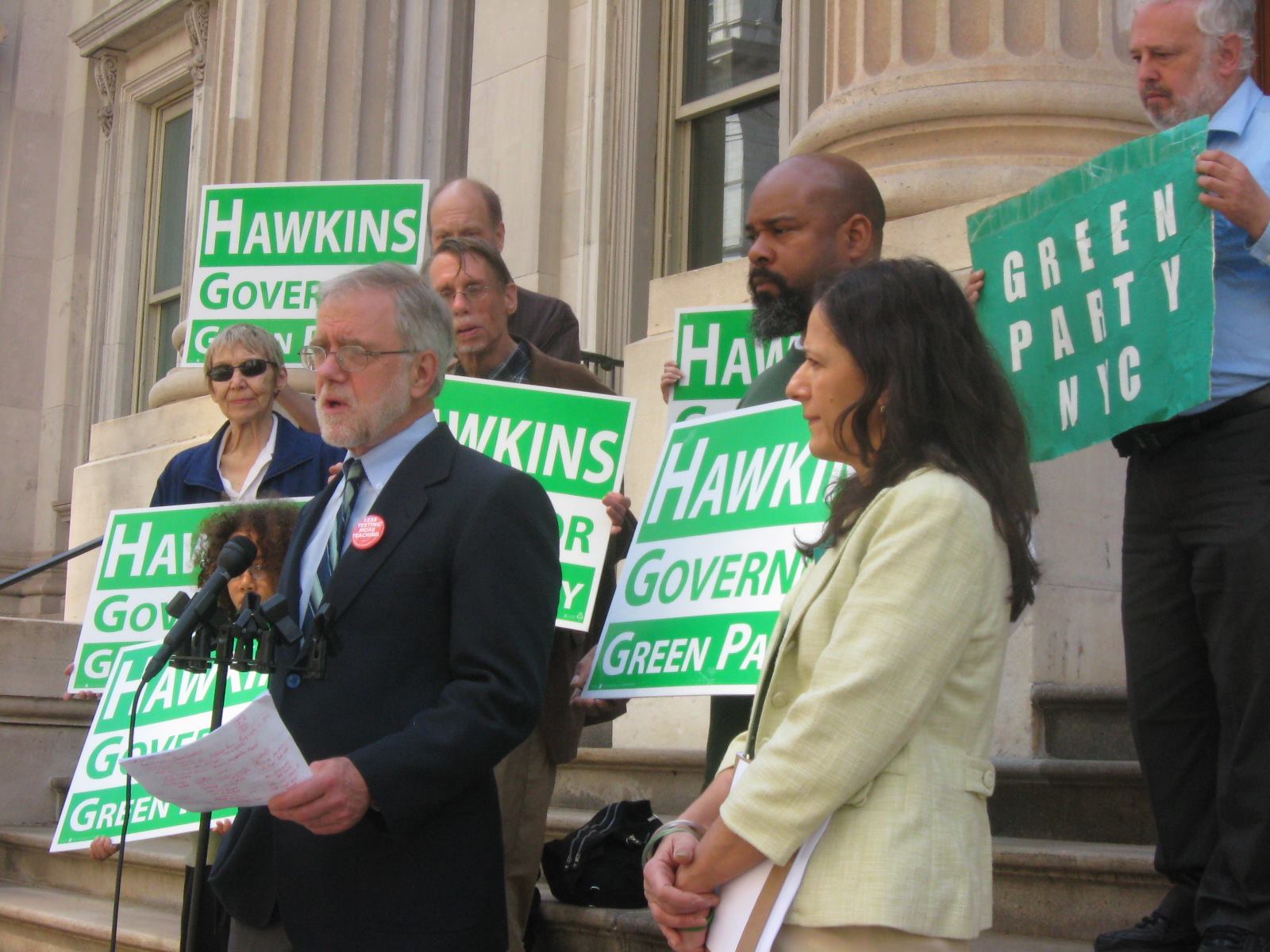 Standing in front of the (Boss) Tweed Court House, Howie Hawkins announced today in that he will run for Governor as the progressive alternative to the pro-austerity and anti-union policies of the Democratic incumbent Andrew Cuomo and his Republican challenger Rob Astorino.

Hawkins chose to announce in front of the NYC Board of Education to highlight his call for adequate funding for public schools and an end to high-stakes testing. Hawkins said, "High-stakes tests are designed to define the children, teachers, and schools of disadvantaged communities as failures in order to privatize their schools as charters for profit-seeking investors. Public schools are not for sale. It's time to stop the corporate privatization agenda."

Rochester: Hawkins Announces for Governor in front of High School Slated for Closure

Howie Hawkins announced his plans to run for New York state governor under the Green Party in front of East High School Thursday morning. Hawkins said he chose East High as the place for his announcement because the school is slated to be closed by the Board of Regents, and it’s an example of the problems Gov. Cuomo has created by underfunding local schools and anti-poverty programs. 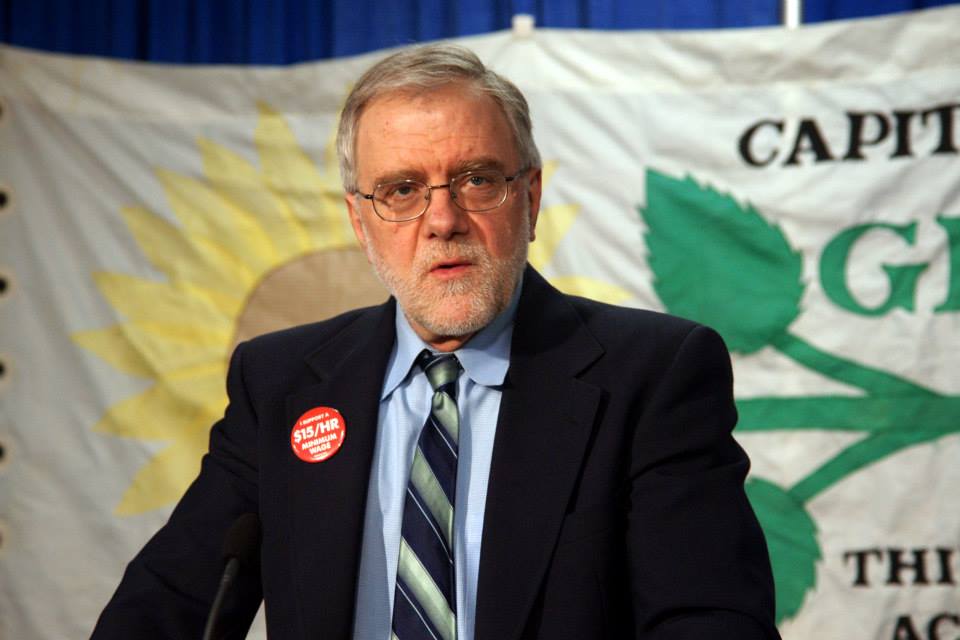 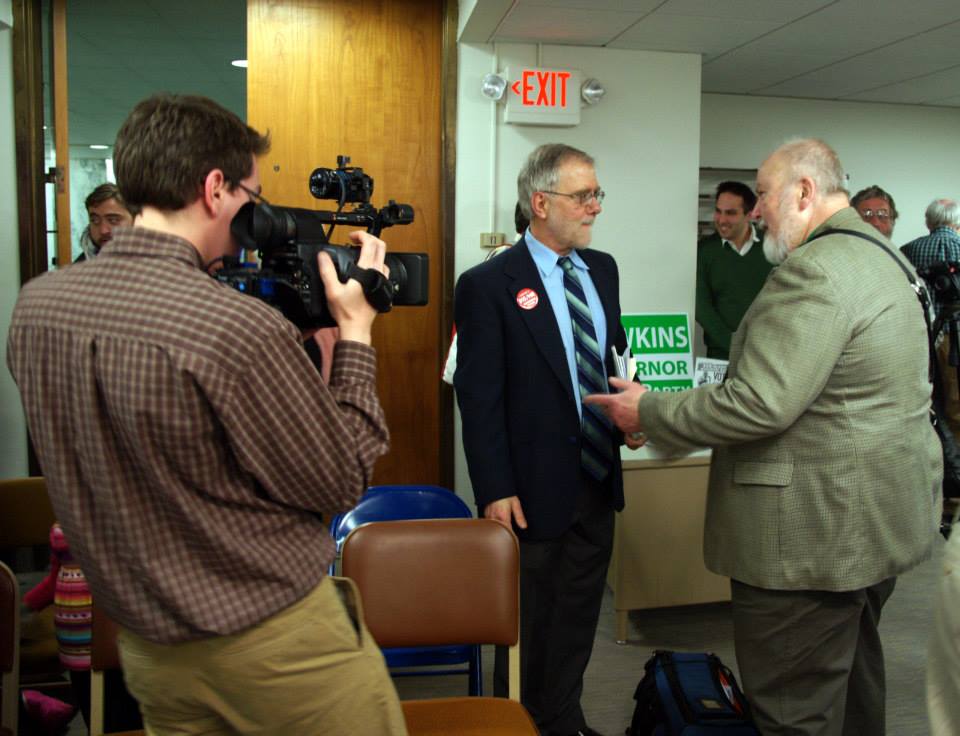 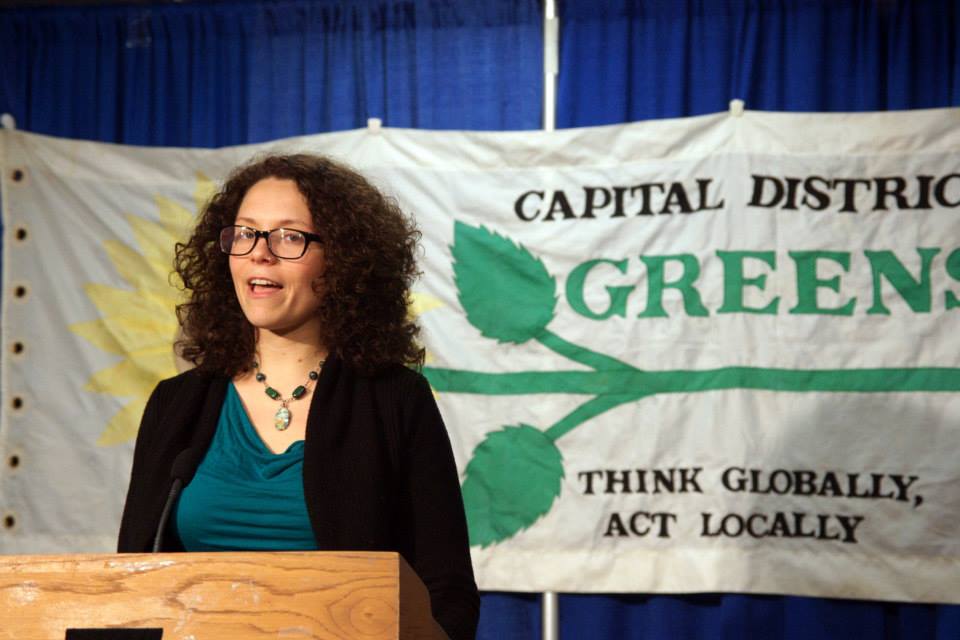 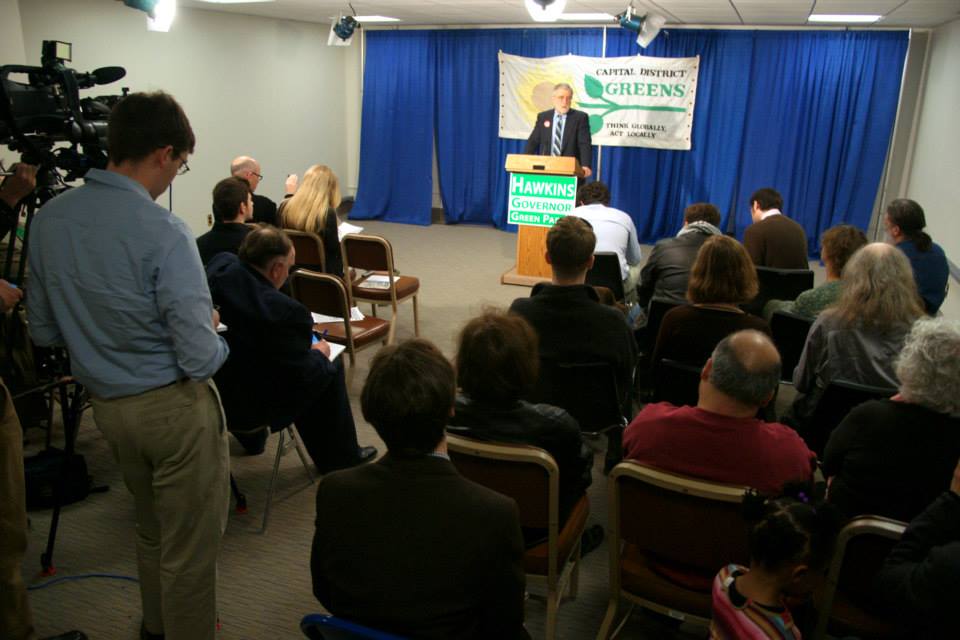 Thank you to Syracuse Greens and supporters for joining Howie for the first event of his statewide campaign kick off blitz.

You can watch full video of the announcement on Indymedia CNY

Howie was joined by a room full of supporters as he outlined why he is running for Governor of NY against Democrat Andrew Cuomo. Howie outlined his Green New Deal platform, a plan to create badly needed jobs for unemployed New Yorkers addressing community need and building the clean energy system we need to reach a goal of a carbon free economy by 2030.  After the official kick off, Howie spoke at a Funk Not Fracking event near Syracuse University (photos below.)  You can read early coverage of the kickoff from the Post Standard's Tim Knauss, 5 Questions for Howie Hawkins.

The week of April 8, Howie is officially kicking of his campaign with events across New York State. Please join us and please spread the word to your friends and political allies! 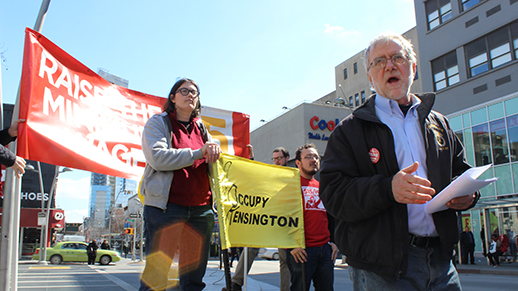 Stand with Howie next week and show your support for a political vision that prioritizes the needs of people and planet and economic justice and fairness. Cuomo relies upon the 1% to fund his campaigns. Howie is relying on you to help build the movement we need for radical social change. 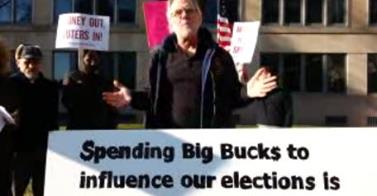