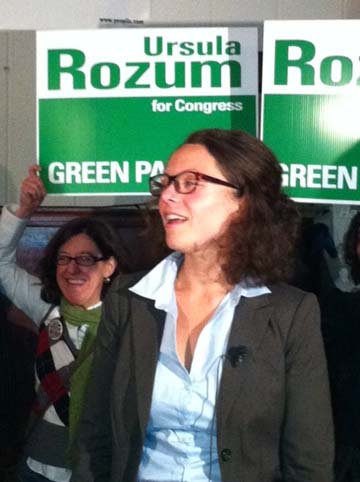 Ursula Rozum is an organizer born and raised in Syracuse, NY. Before coming on as the Upstate Campaign coordinator on the 2010 Hawkins for Governor campaign, she worked on campaigns with Citizen Action and the Working Families Party. In 2012, Ursula won 22,000 votes, 8%, as the Green Party's candidate for Congress in NY's 24th Congressional District. She writes a monthly column on Syracuse.com. When not organizing campaigns with the Green Party, Ursula is active in anti-war and US-Latin America solidarity work with the Syracuse Peace Council, Colombia Support Network and the Committee in Solidarity with the People of El Salvador. She likes bikes, gardening, salsa dancing and playing with Kahlua the dog. 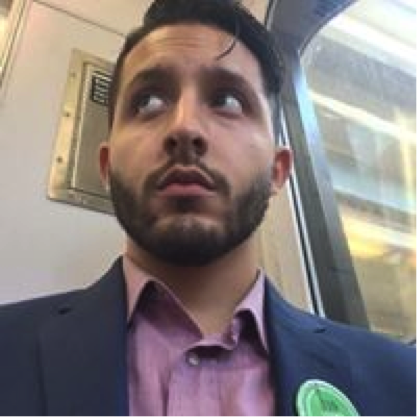 Julian is a born and bred Queens resident. A 27 year old 2nd generation immigrant whose family roots trace back to Colombia, Julian is involved in Youth social justice education through his work at the Ya Ya Network and has been involved in anti-gentrification work in Queens, the CUNY student movement and is an active member of the International Socialist Organization. Julian is completing his Bachelor of Sociology from CUNY Hunter College. When not dedicating his time to politics, organizing and his loved ones, Julian spends his time practicing on his guitar and working on improving his terrible singing. 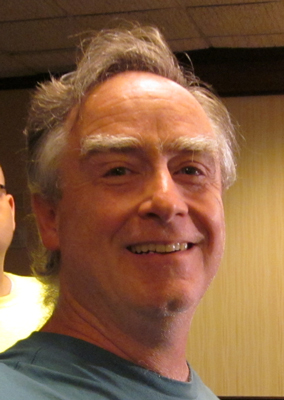 David Doonan has been a political junkie since watching “The Best Man” back in the ’60’s and has spent his adult life working in the the graphic arts & communications. He got his political baptism pounding the streets for an anti-war congressional candidate in Springfield, Massachusetts in 1968; volunteering at a support rally for Philip Berrigan in Philadelphia in 1971 and doing political organizing with the International Socialists in New York City and Detroit in the latter half of the 1970's. While in Detroit, Doonan worked for Sun Press, a movement printer. Among the publications produced in their offices was Labor Notes. In recent years, Doonan has developed web sites for a number of candidates including Colin Beavan, Peter LaVenia and Howie Hawkins in New York, Jim Henderson in Massachusetts, Jesse Johnson in West Virginia and Linda Macais in Arizona. Since 2007 he has been the web manager for the Green Party of the United States. Doonan also did freelance reporting and photography for Main Street, a now defunct newspaper in Washington County, New York. In March of 2008 he was elected Village Mayor of Greenwich, New York, in which office he continues to serve. 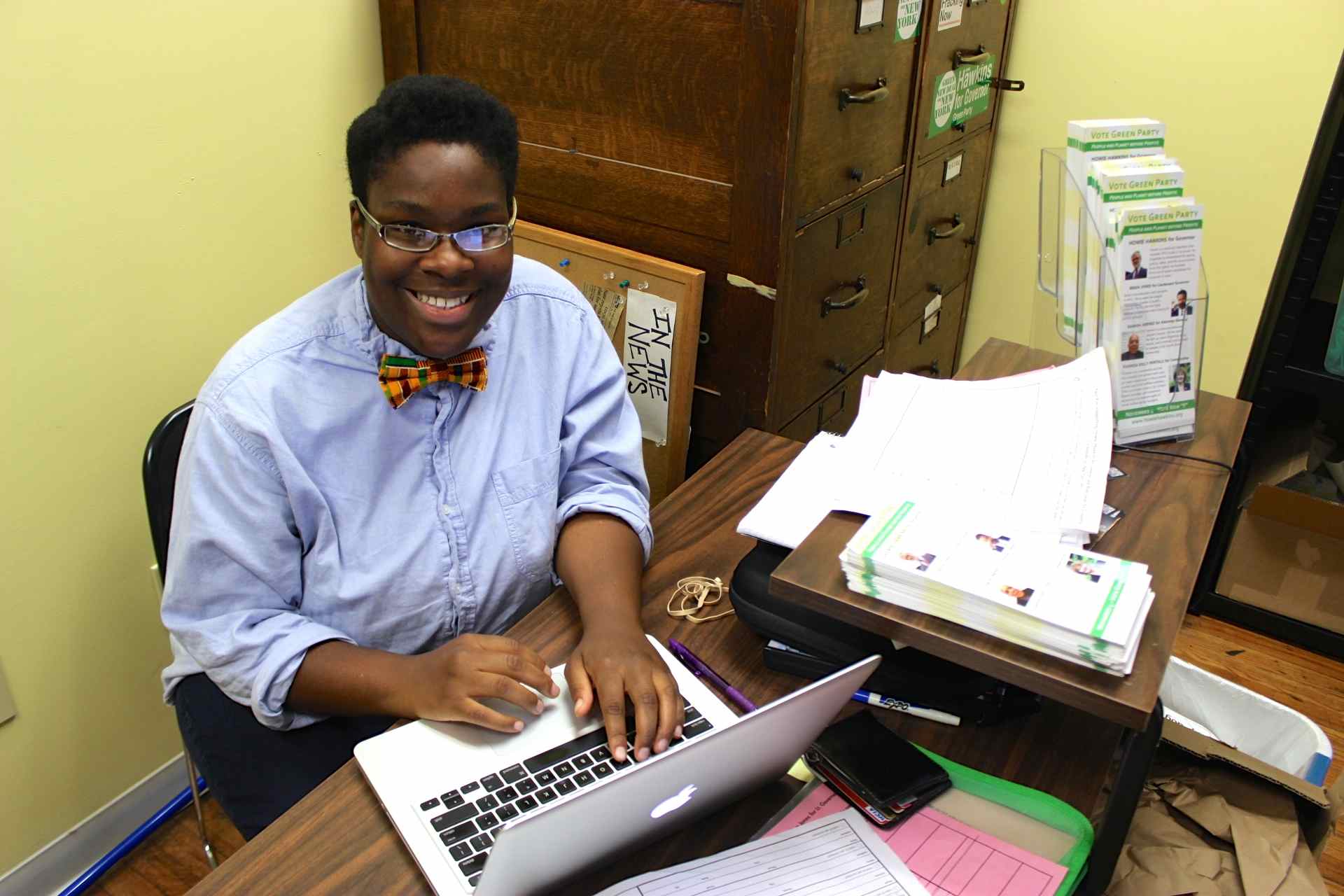 Nikeeta Slade is a member of the International Socialist Organization and the Green Party and has been involved in feminist, environmental and anti-racist organizing. She is an editor and contributor to Red Wedge Magazine, a radical arts and culture magazine, and she’s also an editor for The Peace Newsletter, a Syracuse based publication dedicated to peace and justice. In her spare time, you can find Nikeeta riding her bike, listening to 90s R&B and/or watching old episodes of Golden Girls. 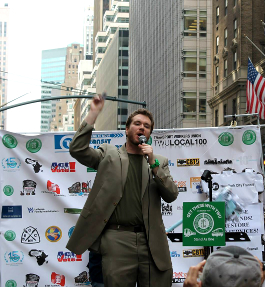 Michael O'Neil has campaigned for civil liberties, the environment and the rights of working people in New York City since 2003. In 2008 he worked on his first Green Party campaign, coordinating the petition effort to put the party's presidential candidate on the ballot. Michael also organized the effort to put Howie Hawkins on the ballot for governor in 2010, and then continued to serve that campaign as a downstate coordinator.

Collin has worked with advocacy groups on a wide range of campaigns to increase awareness on environmental, social justice, and consumer issues. In Albany and the Capital District, he worked with the New York Public Interest Research Group to increases recycling, student financial aid, funding for SUNY and CUNY, and efforts to ban fracking. Efforts led by Capital District Against Fracking resulted in a ban on fracking and its waste in the City of Albany, and a moratorium on Albany County lands. Work in New Orleans included organizing volunteers and students with the Gulf Restoration Network to conduct outreach advocating support for coastal restoration and storm defense projects. In Boston, he worked with MassPIRG to organize students around climate change, public transportation, recycling, and hunger and homelessness. 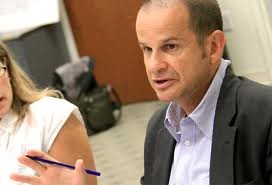 A political activist, longtime educator and human rights advocate, Lee Cutler’s twenty-four year teaching career began as a middle school English/Language Arts Teacher in Marlboro, New York, but he has spent the bulk of his years teaching in the Nanuet Union Free School District. While in Nanuet, Cutler was appointed team leader and was later elected President of the Nanuet Teachers Association, an organization he presided over for eleven years. In 2008, Cutler was elected Secretary-Treasurer of New York State United Teachers. During his tenure at NYSUT, Cutler was a board member for the Northeast division of the American Cancer Society, an executive board member of the Jewish Labor Committee, as well as vice-president of the New York City Chapter of the American Federation of Teachers Latino Caucus. In addition, Cutler coordinated the social justice agenda of the organization, leading members and educating students in human rights issues both nationally and internationally. 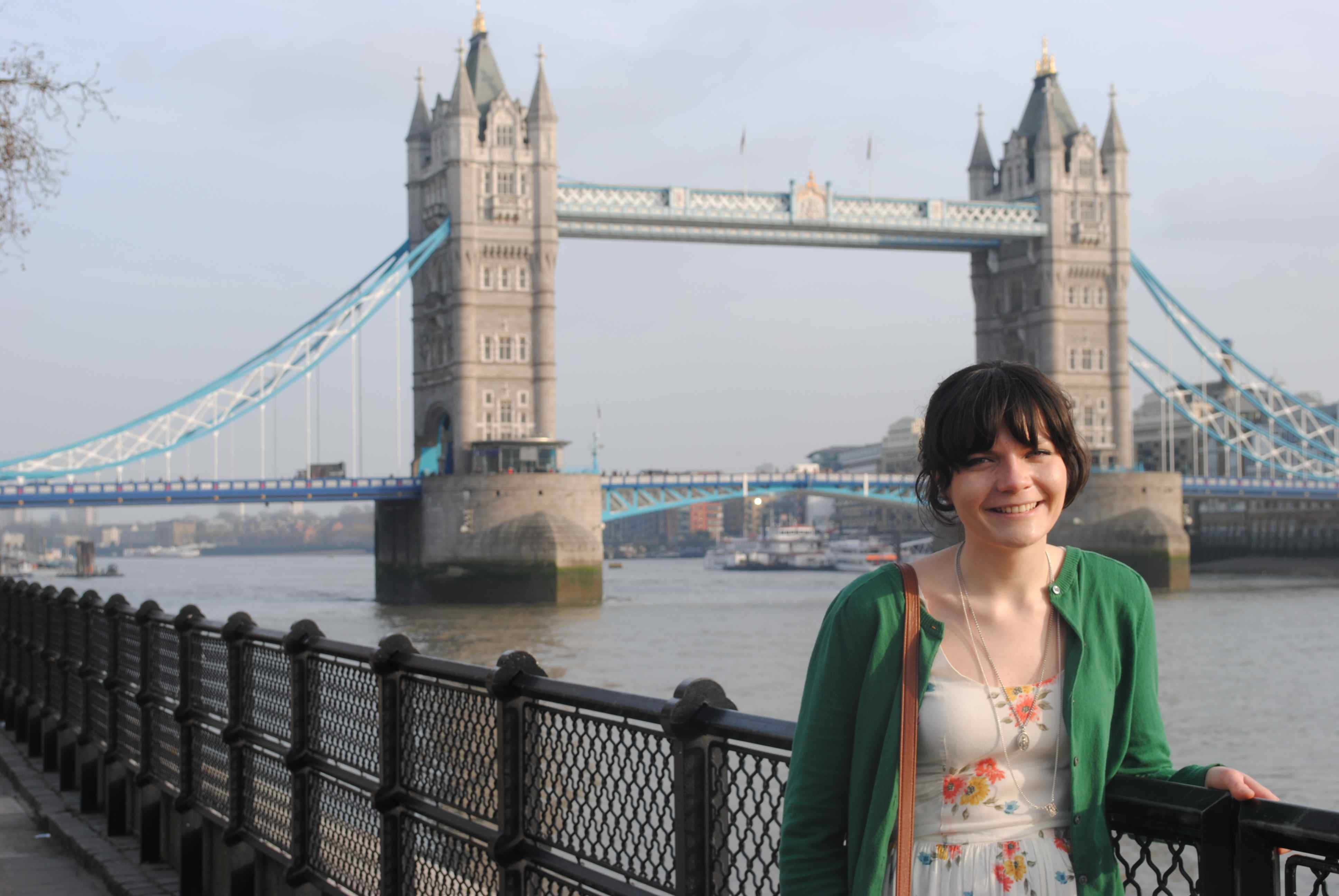 A Long Island native and recent graduate from SUNY College of Environmental Science and Forestry, Meaghan Callaghan may be new to the world of politics but is ecstatic to work on the Hawkins for Governor campaign. In the past, she has worked on increasing sustainable infrastructure and practices in SUNY ESF's Green Campus Initiative and Syracuse University's Sustainability Division. With a passion for writing, she has also run the environmental student publication The Knothole as managing editor, while writing a weekly environmental column in The Daily Orange. When not working on the Hawkins for Governor campaign, you can find her re-reading books, watching Wes Anderson movies and training for Jeopardy.